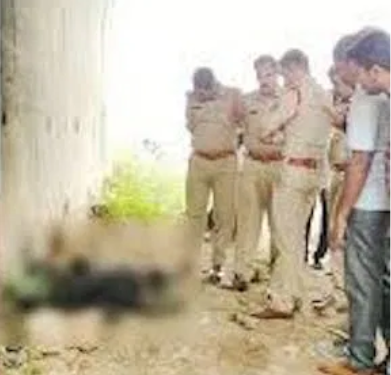 A 23-year-old rape victim who was set on fire by a gang of men, which included her alleged rapists, has died in a New Delhi hospital, prompting protests from opposition leaders who blamed the ruling party for failing to check incidents of violence against women.

According to reports, the woman was on her way to board a train in Unnao district of northern Uttar Pradesh state to attend a court hearing over her rape when she was doused with kerosene and set on fire on Thursday, according to police.

She was airlifted to New Delhi for treatment later that day. The attack, the second major case of violence against women in the past two weeks, has sparked public outrage in India. The woman died on Friday after suffering a cardiac arrest, Dr. Shalabh Kumar, the head of burns and plastic department at New Delhi’s Safdarjung Hospital told Reuters.

“She was having 95% burns,” he said, adding the woman’s wind pipe was burned and “toxic and hot fumes” had filled her lungs.

The woman had filed a complaint with Unnao police in March alleging she had been raped at gun-point on December 12, 2018, police documents showed. The woman named two local men, one of them was arrested by police, the other absconded.
By Linda Ochagla at Saturday, December 07, 2019