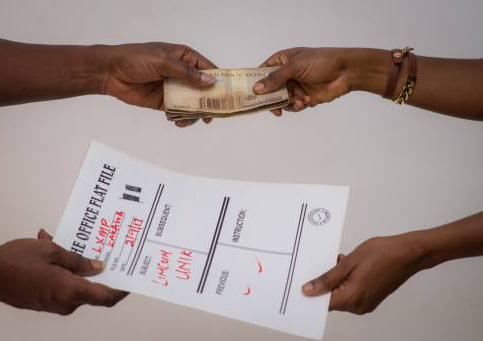 A new survey on corruption in Nigeria has revealed that 30 per cent of citizens in the country paid bribes to public officials in 2019.

The report was presented by the Nigerian Government in partnership with the United Nations Office on Drugs and Crime in Abu Dhabi, United Arab Emirates.

Statistician-General, Dr Yemi Kale, of the National Bureau of Statistics, said that out of all Nigerian citizens, who had at least one contact with a public official in the 12 months prior to the 2019 survey, 30 per cent paid a bribe to or were asked to pay a bribe by a public official.

The 2019 survey shows also a notable increase in the overall proportion of Nigerians, who had at least one contact with a public official in the 12 months prior to the survey.   Nigeria is ranked one of the world's most corrupt countries in the world.
By Linda Ochagla at Wednesday, December 18, 2019