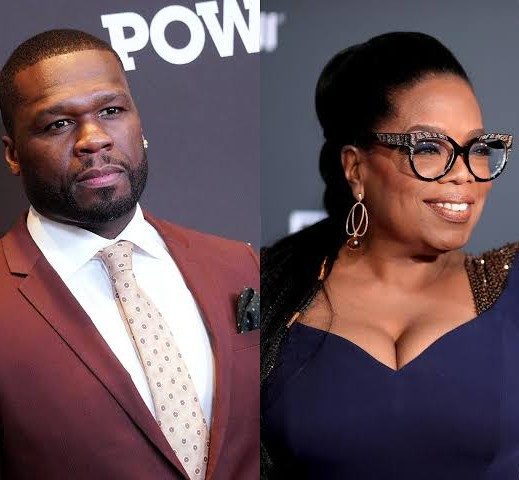 50 Cent has continued his attack on Oprah Winfrey following reports that she plans to interview Russell Simmon's accuser.

Now, he has shared a photo of Oprah with her White male friends who were accused of sexual assault. He pointed out that Oprah turned a blind eye to the allegations against her white friends but is quick to grant interviews when it's her Black friends who are involved.

Sharing a photo collage of Oprah with George W. Bush, with Donald Trump, and Also Oprah with Harvey Weinstein, 50 Cent write: "My grand mother was such a big fan of Oprah that it felt like I made it when I did her show because she was so happy. I just want to know why this is playing out like this." 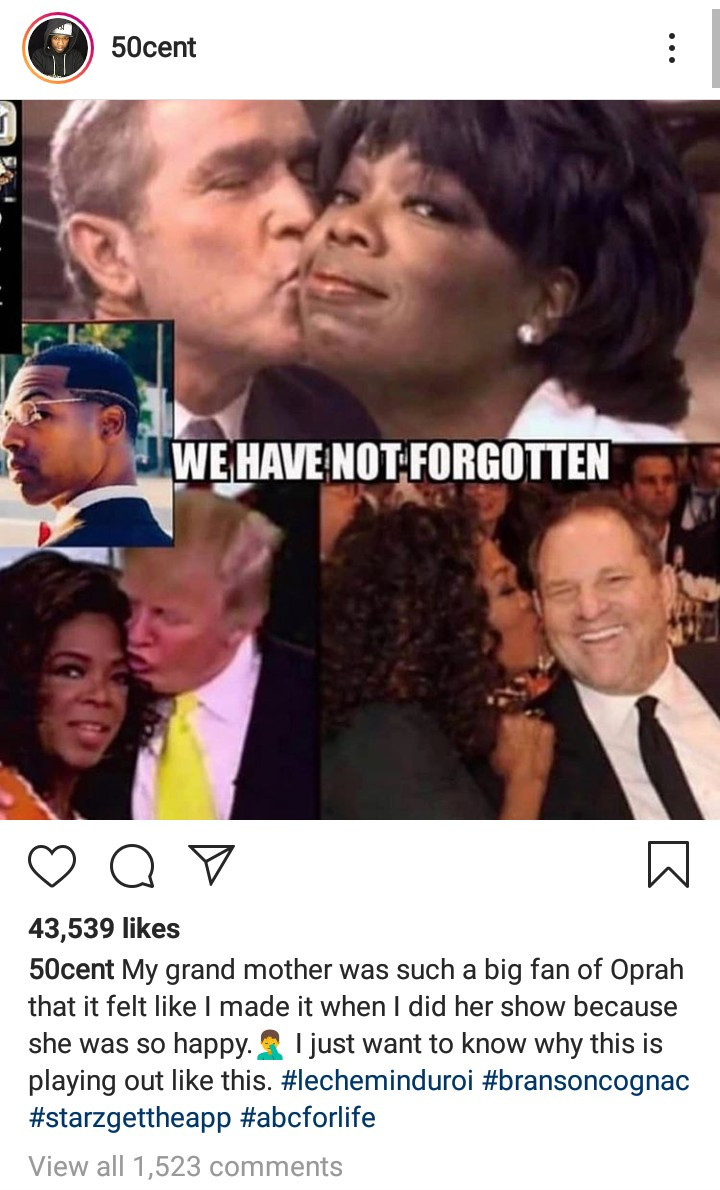