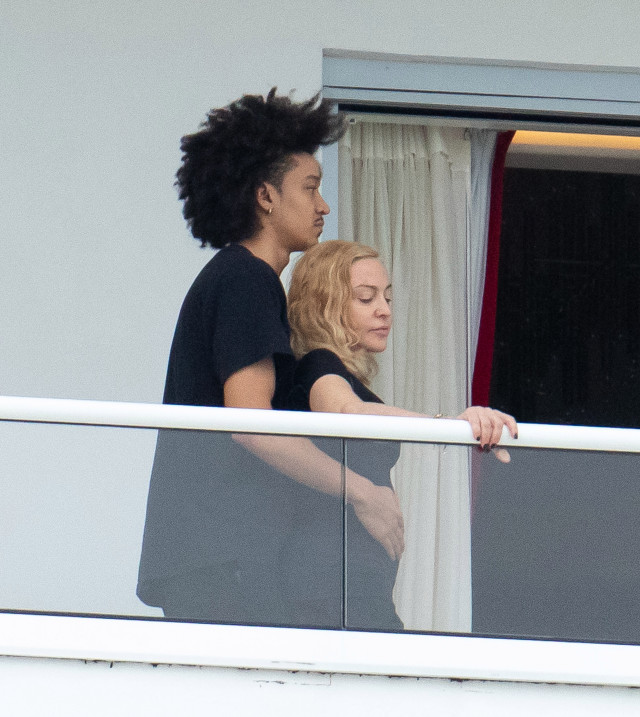 Pop Queen, Madonna, 61, is reportedly dating her 25-year-old dancer Ahlamalik Williams who has travelled the world with her.

The pair have been spotted together severally in recent months, and on Saturday (Dec.14) they appeared to confirm their relationship as they were pictured cosying up on a hotel balcony in Miami.
Since becoming a professional dancer, Williams, who is the son of a US military veteran has toured the world with Madonna to perform on her roadshow.

Williams, who was born in April 1994, grew up in California where he went to Monterey Trail High School near Sacramento. His father, Drue Williams, is a US Navy veteran who began his military service in the 1970s.
By Linda Ochagla at Tuesday, December 17, 2019