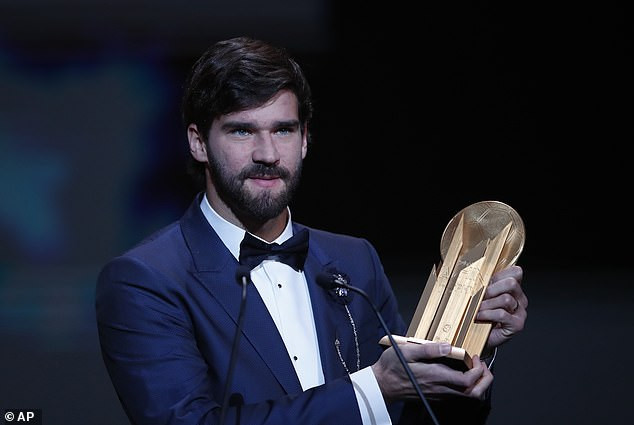 Alisson was crowned Goalkeeper of the Year after winning the Yashin award during the Ballon d'Or ceremony on Monday night.

The Brazilian goal stopper was honored with the award following Champions League and Copa America triumphs for Liverpool and Brazil in 2019.

The trophy is named after Lev Yashin who is the only goalkeeper to ever win the Ballon d'Or in 1963.
By Linda Ochagla at Tuesday, December 03, 2019