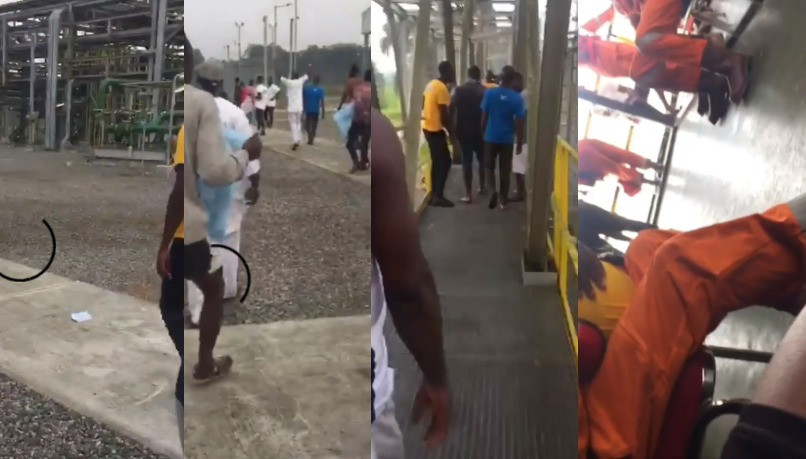 Members of Benesede community in Bayelsa state have allegedly held some staff of Shell Petroleum Company in the state, hostage.

A lady whose brother in-law is a staff of the company, sent in a video purportedly showing the aggrieved community members staging a protest within the facility owned by the oil corporation on Thursday evening December 19th.

She said her brother in-law whose phones have since switched off, is currently being held alongside his other colleagues. According to her, the company is yet to rescue her in-law or others held hostage.

Watch the video she sent in below


accuse company of neglect. Read the full story on www.lindaikejisblog.com
A post shared by Lindaikejiblog (@lindaikejiblogofficial) on Dec 20, 2019 at 9:04am PST