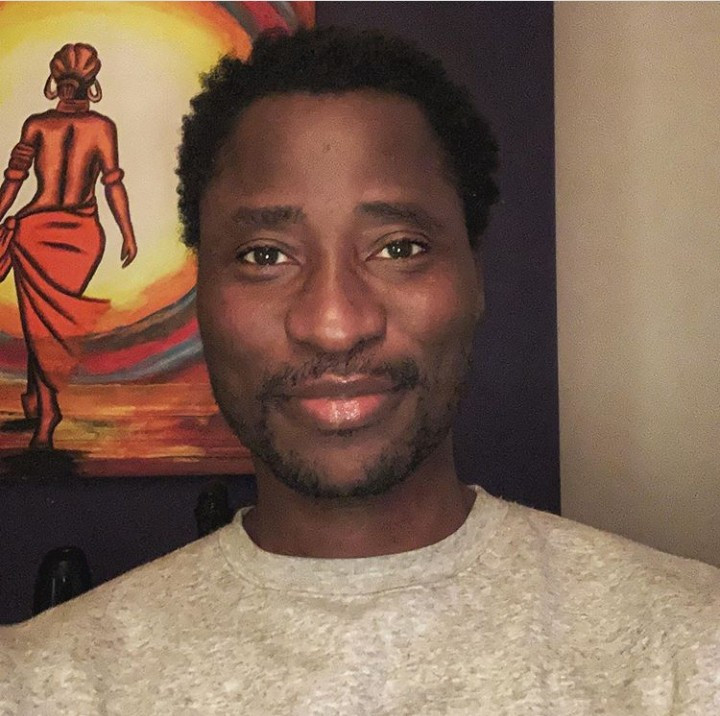 Bisi Alimi has given his opinion on a movie on Netflix that portrayed Jesus as a gay man.

The movie generated controversy and a number of people, including Apostle Johnson Suleman, called for Christians to boycott Netflix.

Reacting to the controversy, Bisi threw shade at the Nigerians who are expressing outrage about the movie.

Honestly, whatever you do, make sure you watch the film on Netflix. It is called “The first Temptation of Jesus”.
For the Nigerians making noise, the film is in Portuguese, so I doubt if you will understand it anyway.
Well back to the film; it is so funny that 2mins into it you will be crying with tears. Even God is a character. The conversation between Joseph and Mary and then God bringing them a gift is fucking hilarious.
Oh and the three wise men, they need Nigerians to ply that bit.
Gosh! You need to see this film! I am giving it 10/5 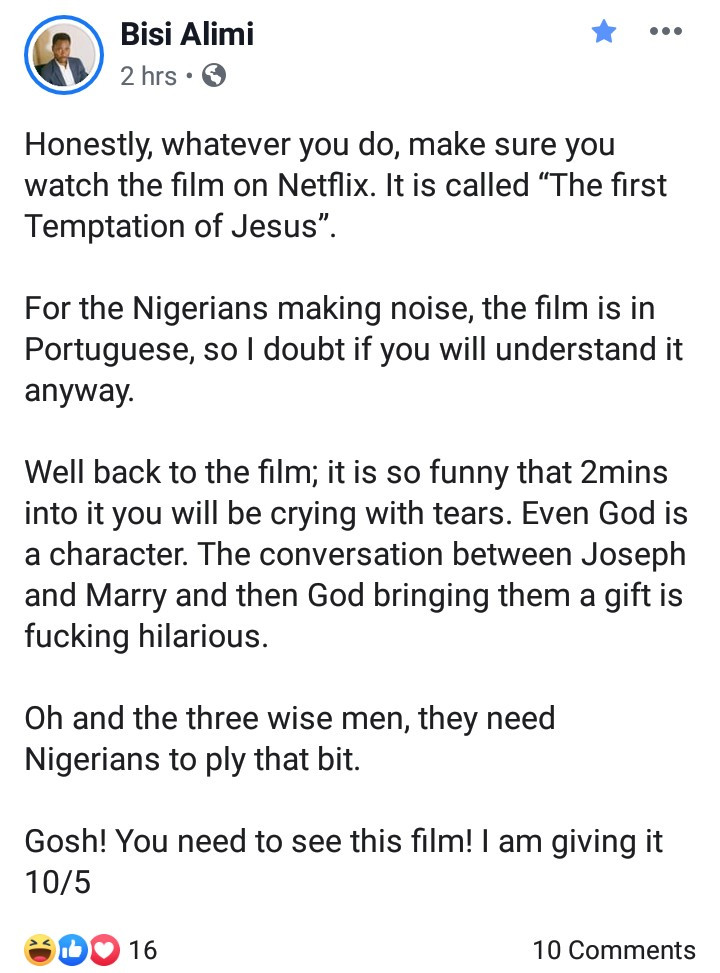