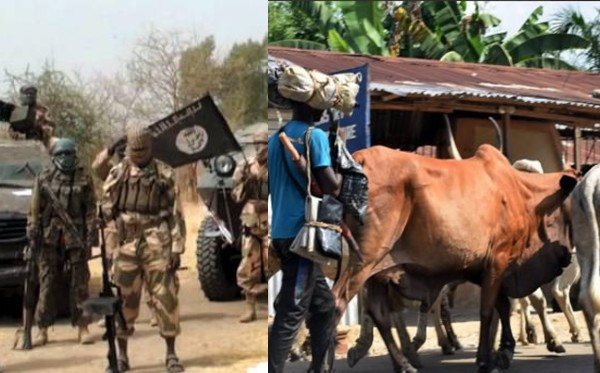 19 Fulani herdsmen have been confirmed dead after engaging in a gunfight with Boko Haram terrorists targeting their cattle outside Fuhe Village near Ngala, close to the border with Cameroon.

Anti-jihadist militia leader, Umar Kachalla told AFP that they brought corpse of the late herdsmen to the police.

“The insurgents killed 19 of the herdsmen in the fight. The herdsmen were subdued by the better-armed Boko Haram gunmen."

It was further learnt that Boko Haram insurgents returned to Fuhe village after the killings, burning of homes and food supplies.

In the last few months, Boko Haram terrorists have allegedly increased their attack on farmers, herders and loggers who they accused of spying and passing information about them to the military and the local militia fighting them.They've also been raiding herding communities and seizing cattles.
By Linda Ochagla at Monday, December 16, 2019