Boyfriend,18, accused of killing 19-Year-old girlfriend while playing with gun he thought was unloaded 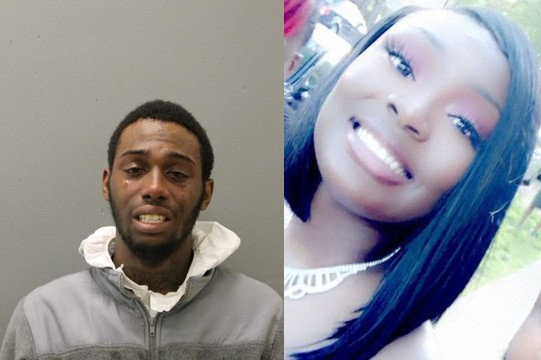 An 18-year-old boy has been accused of killing his 19-year-old girlfriend of nine months.

Prosecutors say Lafayette Hodges shot and killed his girlfriend, Lyniah Bell, during a “play fighting” with a gun he thought was unloaded on Friday night in East Chatham.

On Monday, December 30, he was charged with one count of involuntary manslaughter after Bell was shot in the head at his home near 81st Street and Maryland Avenue.

A judge set Hodges’ bail on that charge at $50,000 but ordered him held without bail for violating the terms of his earlier bond.

According to court records, Hodges also was arrested in April and charged with aggravated battery of a police officer, and resisting arrest. Cook County court records said he punched and bit two officers.

He was released after posting bail but had been arrested at least twice before the shooting on drug charges. Hodges also has a juvenile history of weapons charges, including attempted armed robbery.

Prosecutors said Hodges was out on $2,000 bail in the aggravated battery case at the time of the shooting.

According to prosecutors, Hodges told detectives the friend had brought the gun to his house, and emptied the bullets onto the bed before he started playing with it. He also claimed Bell told him “he loved her too much to hurt her” when he pointed the gun at her.
By Linda Ochagla at Tuesday, December 31, 2019