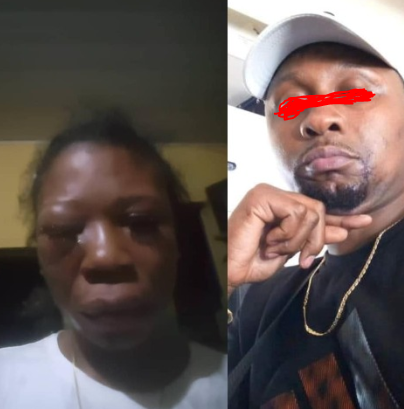 A club owner in Delta state has been accused of beating up his female staff, leaving her with swollen eyes. Delta-based activist, Harrison Gwamnishu, who shared the story online, said the owner of Club 2 in Agbor, a city in the state, allegedly battered his female staff because a customer absconded without paying after using their Shisha.

VIOLENT AGBOR CLUB OWNER INFLICTS GRIEVOUS BODILY HARM ON STAFF
The CEO,Club 2M(Mandy's Place), Agbor physically assaults his staff on account of a clubber absconding from the club after being served shisha without payment.
The assaulted lady tried explaining that she was busy with other customers hence she lost sight of the absconded client...All explanations fell on deaf ears as the boss mercilessly threw punches and slaps at her causing grevious bodily harm on the victim.
He forcefully dragged the victim into his car after assaulting her, drove her to the police station and laid a report against her, the police however instructed him to take her for treatment and foot the bills but he dropped her at the hospital and left her without dropping any money for treatment.
Victim is currently helpless as she has been abandoned at the hospital.
Stop the violence ?????????
Let love for humanity be your watchword.
Gwamnishu Emefiena HarrisonDG, Behind Bars Human Rights Foundation