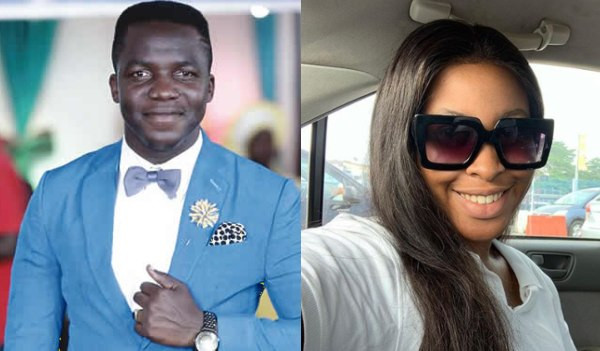 Popular comedian, Mr Hyenana has apologized for sexually harassing a lady he was asking out.

Activist Solomon Buchi who first called out the comedian, accused him of smacking the ass of his friend @feyipatts and also hitting his crotch on it.
He wrote

"@mr_hyenana , you are a shameless animalistic man. You sexually harassed my friend @feyipatts , you smacked her butt, and also hit your crouch on her ass. Oga, you can’t lie, I have ALLLLL the receipts. ALL Of them!
.
Because she was against BasketMouth who cracks jokes enabling rape and sexual harassment being on the EU panel against gender based violence, you said she’s happy about another man’s downfall. Knowing your history with her, you were not apologetic you fool!
.
You’re a comedian ba? All most of you know how to do is enable rape and more than that, behind closed doors y’all are rapists and sexual predators.
.
You had the mind to say to a woman you sexually harassed: “I am a kind loving man that just hit the ass of my friend that I was asking about...” no sense of remorse.
.
My work is to drag all of you sexual predators. It is my work, and thank you for coming on the list. Let the whole world see who animalistic you are.
.
Like I said, I have all the receipts. Don’t come out to lie shit!" 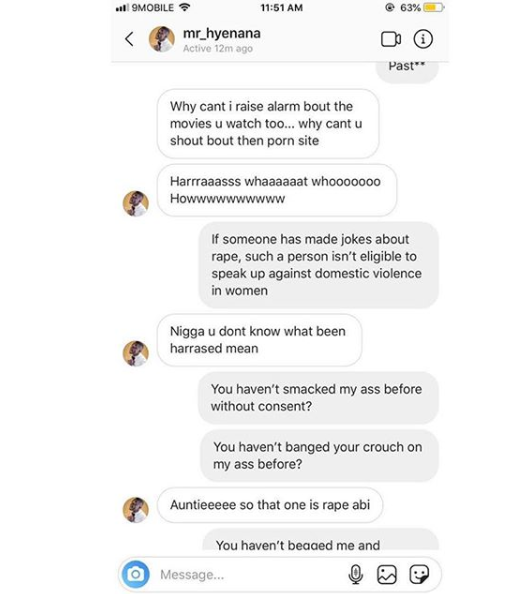 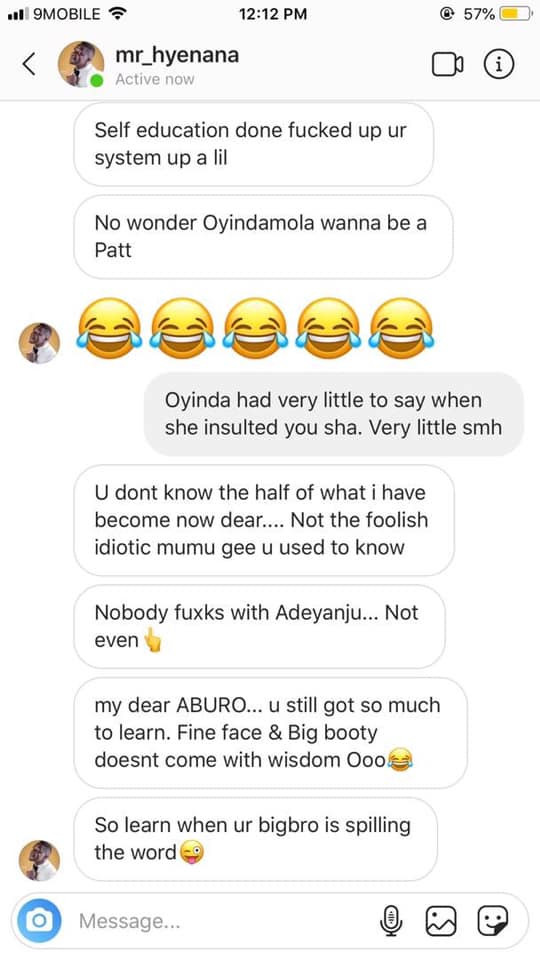 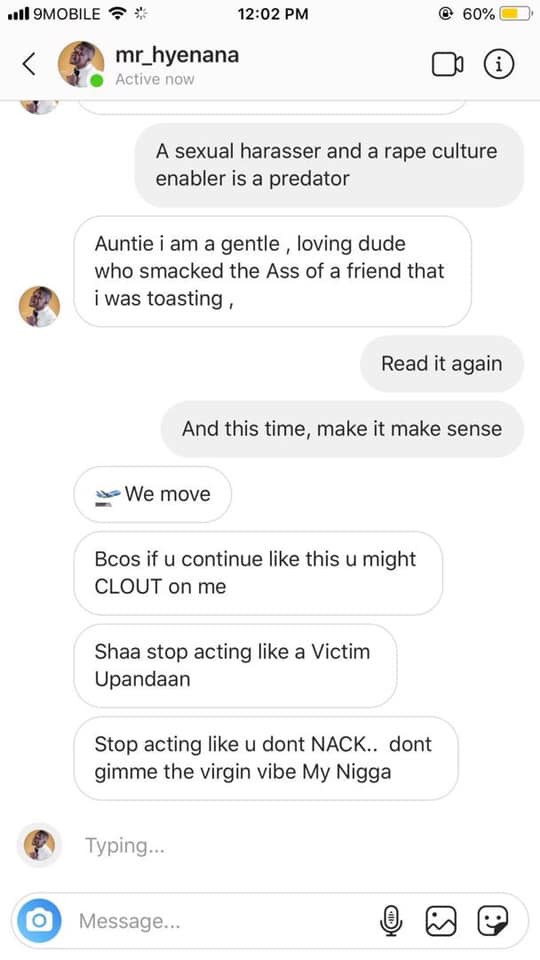 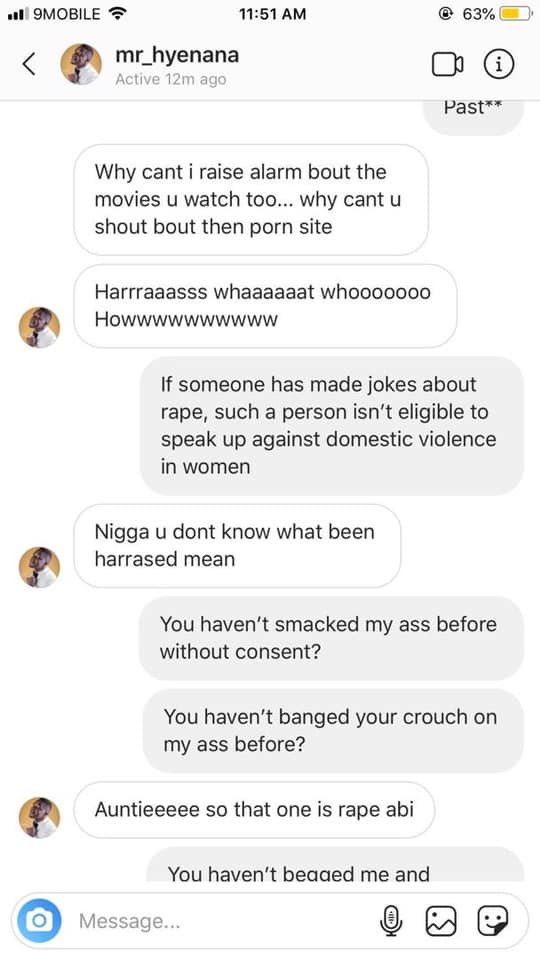 @Feyipatts who backed the claim accused Mr Hyenana of being a sexual predator. She also stated that she won't take down her Instagram post so the comedian won't boast about sexually harassing anybody again.

She wrote "I’m not deleting shit! You won’t boast about sexually harassing anybody again! You’d never do it again! MR HYENANA IS A SEXUAL PREDATOR!!"

Mr Hyenana apologized to @Feyipatts on Instagram while also stating that he has learnt his lesson. He wrote;

feyii patt i am so sorry dear, Guys pls lets be more Sensitive i beg You. some things i term jokes arent at all to some... Lesson learnt 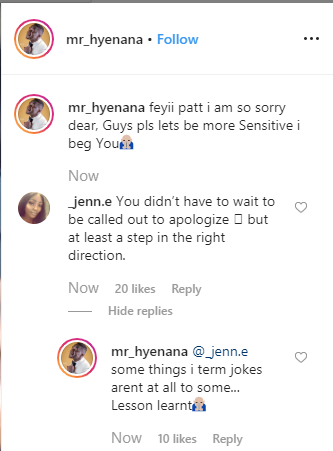