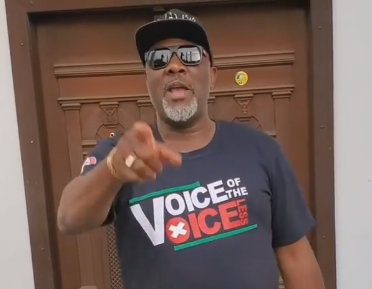 Dino Melaye has released another song after his defeat in last Saturday, November 30th rerun election in the Kogi West Senatorial district election.

Dino who is well known for his hit song, Ajeku Iya,  shared a video of himself singing the new song just as he tweeted that congratulating the winner of the election, APC's Smart Adeyemi, is like congratulating an "armed robber" after an operation.

Dino maintains that the election was rigged in favour of APC.

Watch a clip of him singing below:


#DinoMelaye releases another banger after his defeat at the Kogi West Senatorial district election by his opponent, APCs #SmartAdeyemi
A post shared by Lindaikejiblog (@lindaikejiblogofficial) on Dec 1, 2019 at 9:01pm PST