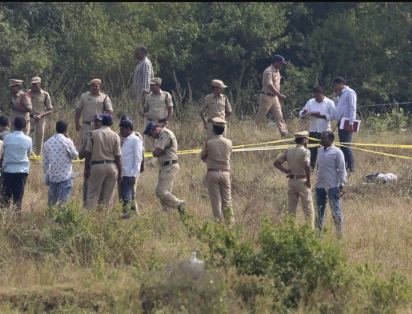 Four men accused of gang-raping and killing an Indian vet then burning her corpse have been shot dead by Indian police.

The men, who confessed to gang-raping the female vet, had been taken to a field near Hyderabad to re-enact the crime. In the process of re-enacting the crime, police said the men tried to grab weapons of the officers with them so they were shot dead.

News of the four men's deaths was greeted with jubilation across India, including by the victim’s mother who said: "Justice has been done."

Neighbours could be seen celebrating the men's death by setting off firecrackers and distributing sweets, the BBC reports. 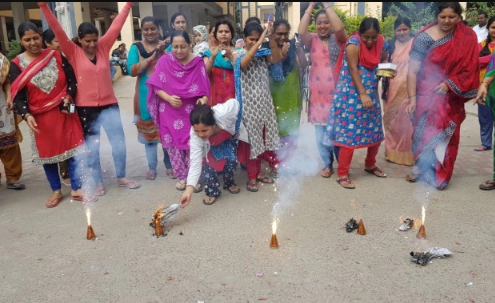 A large crowd gathered at the spot where the men were shot to cheer the police with many offering them sweets as a mark of respect. 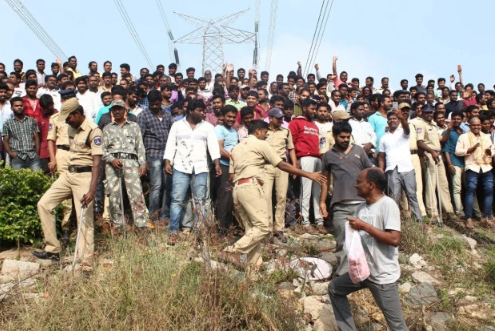 "I can't put it into words. I felt happiness but also grief because my daughter will never come home," said the victim’s mother.

"My daughter's soul is at peace now. I never thought we would get justice. No other girl should experience what my daughter did."

She also said she wants the law on sexual assault and rape to be "stricter".

"Men should be scared to even stare at women - because they will be punished,” she said.

The victim’s sister added: "I was expecting court trials and the court to deliver justice. This will not bring my sister back, but it is a great relief."

27-year-old Priyanka Reddy had a flat tyre and received help from some men. But the men who had offered to help her with the puncture ended up raping and killing her. 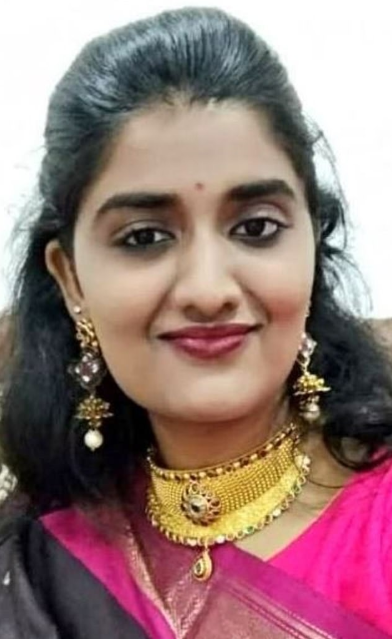 According to police, the men had been the ones who punctured Reddy's tyre then waited to offer help so they could rape her.

The Gulf News reports Reddy was on her way back from the dermatologist, following a day of work at a veterinary hospital. Reddy had taken a cab from the toll plaza, where she had parked her motorcycle. When she returned, Reddy saw that one of her tires was punctured. Police say that Reddy was then approached by the four men. Authorities say the men offered to fix the tire.

Reddy called her sister, Bhavya Reddy, to tell her what was going on. Her sister told Reddy to get a taxi home. After the phone call, that’s when police say the assault began. Police say the men sexually assaulted Reddy and suffocated her to death. 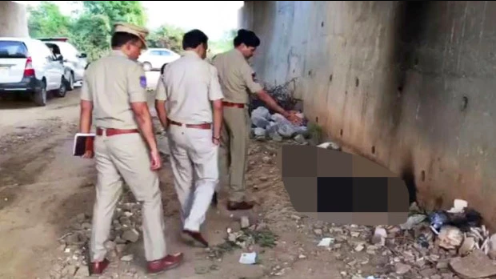 The men have been named as Mohammed Areef, 26, truck driver who is from Jakkulare, Jollu Shiva, 20, cleaner, Jollu Naveen, 20, driver; and Chintakunta Chennakeshavulu, 20, from Gudigandla. The two drivers had been bringing a truck full of bricks to the region when they met Shiva and Chennakeshavulu. 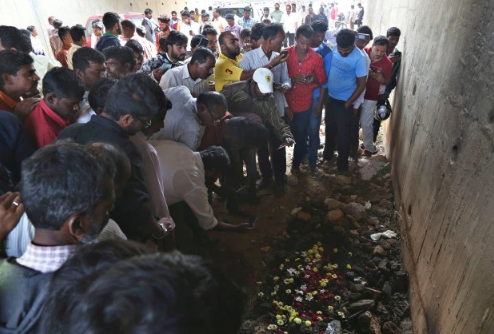