Cristiano Ronaldo crowned Serie A player of the year 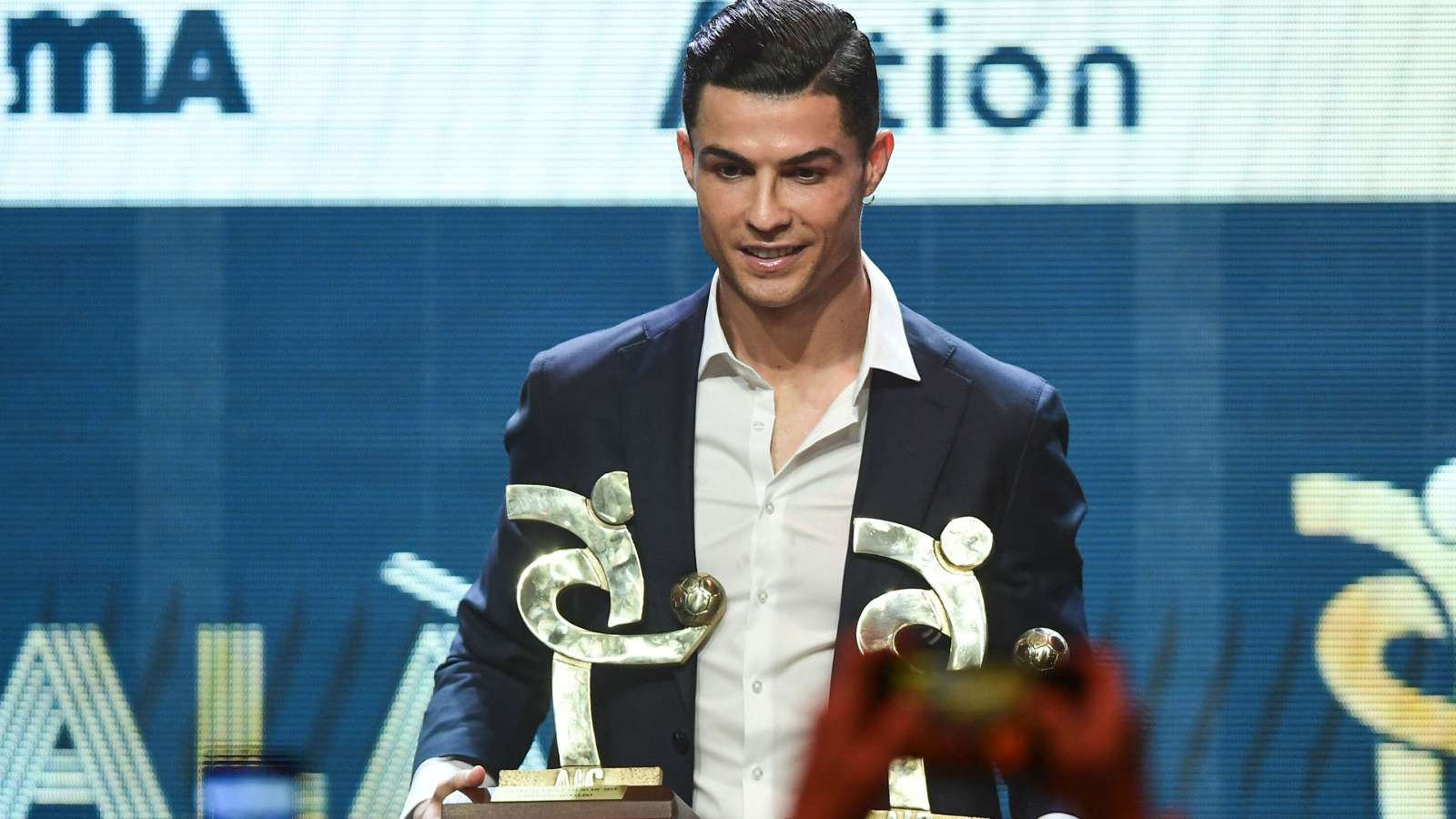 Juventus forward Cristiano Ronaldo was named the Italian league’s player of the year at an awards ceremony in Milan on Monday night.

Ronaldo was at the Gran Gala del Calcio in Milan to collect his prize, instead of attending the Ballon d’Or ceremony in Paris where he was third in the voting for best player in the world which Messi won.

According to reports, the Portugal international turned up about an hour before the main award was announced, arriving more than two hours after the other guests, and waited outside in the car until the moment came for him to go on stage to pick up the prize for his place in the team of the season.
“It’s an honor to hold this award,” Ronaldo said in Italian. “I thank my Juventus teammates.
“I’m very happy to play in Italy, it’s a very difficult league. Thanks to everyone for having voted for me. I want to do as well this year, too.”

Ronaldo also took to Instagram hours ago to thank everyone that voted for him, adding that switching to the Italian league from La liga has been difficult but he's happy and wants to be better. 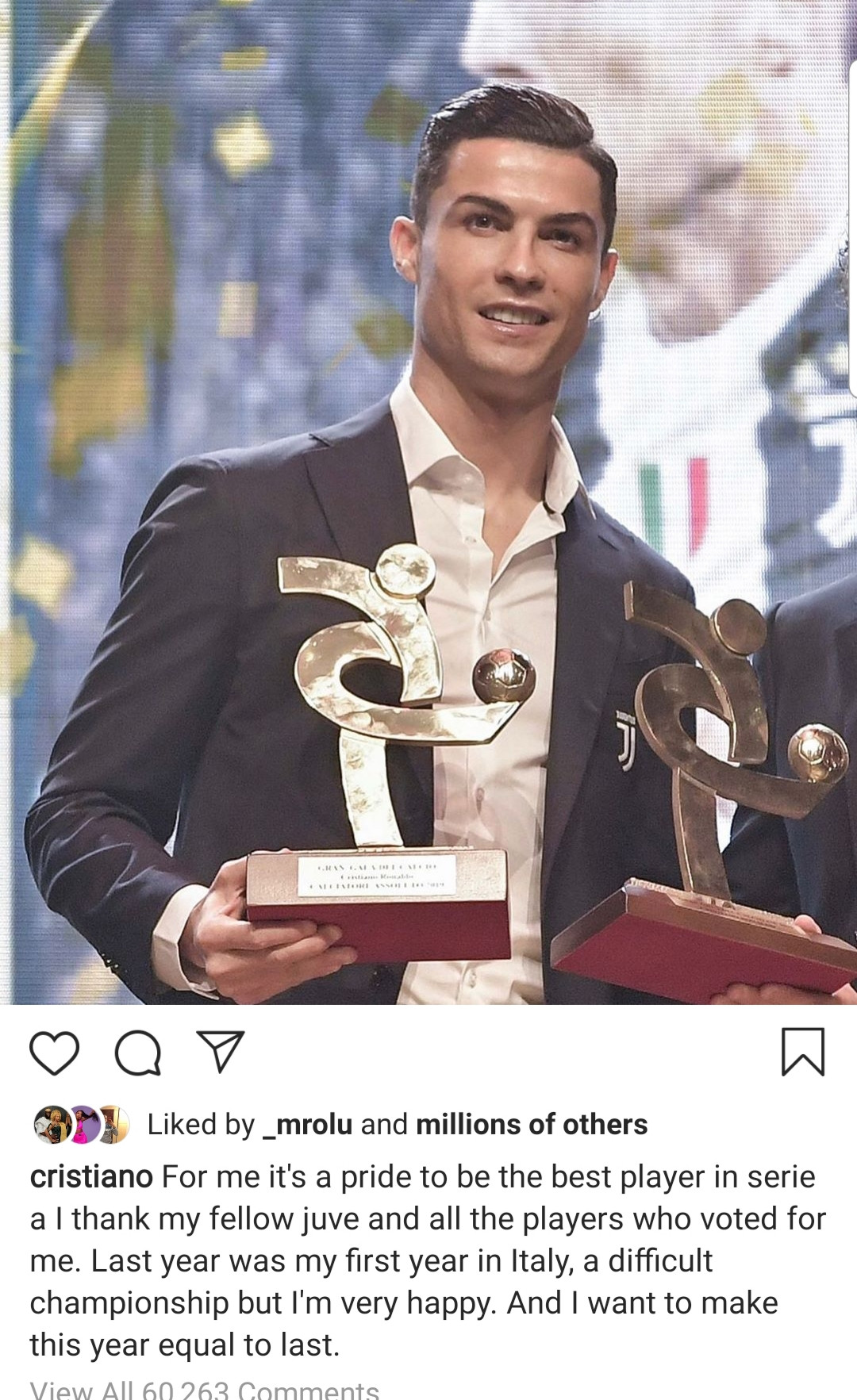 The Portugal international scored 26 goals in his debut season in Italy and helped Juventus towards another domestic title. In the league, he scored 21 times in 31 appearances, finishing fourth in the top-scoring charts, with veteran striker Fabio Quagliarella of Sampdoria collecting the golden boot award.

A jury comprising of fellow Serie A players, coaches, referees, journalists, and current and former technical commissioners all agreed that Ronaldo was the league’s best last season.

Juventus’ quest to win the league yet again isn't going well however, with Inter Milan currently a point above them at the summit of the table.

Ronaldo has managed six goals in his 11 Serie A appearances this term and will be expected to help his side secure another league title.
By Linda Ochagla at Tuesday, December 03, 2019