Edo State Government bans all political rallies in the state 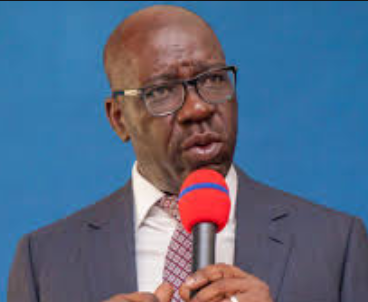 The Edo State government has placed a ban on all political rallies in the state. Osarodion Ogie, secretary to the state government made this known in a statement issued on Friday, December 13th.

The development is coming hours after Adams Oshiomhole, national chairman of the All Progressives Congress (APC), arrived in Benin and insisted that a rally would be held to welcome Osagie Ize-Iyamu, governorship candidate of the Peoples Democratic Party (PDP) in 2016, to the party.

Mohammed Adamu, inspector-general of police, had ordered the suspension of the rally after Philip Shuaibu, Edo deputy governor, met with him and said the event could cause violence.

In the statement, Ogie said all security agencies have been directed to deal with anyone who breaches the directive.

The secretary said anyone who lets his property for political rallies would have his certificate of occupancy revoked and forfeited to the state government.

“The events of yesterday 12th December, 2019 were a scary prelude to the absolute mayhem which these irresponsible activities would generate if left unchecked.
In defiance of the clear and publicized instruction of the Inspector General of Police, calling off the proposed rally owing to security implications, these desperate persons are presently shopping around for alternative venues to carry out their incendiary activities” the statement read.