The last has not been heard of Rochas and his persecution to some Imo citizens in 8 years.

The court seating in Owerri has returned the land forcefully acquired/ Revoked by the former governor which originally  belongs to an Imo based renowned Medical Practitioner, Dr. Philip Njemanze .

The battle of this land has been in court for over 6 years now. This said land was already undergoing development meant to be a world class medical centre with foreign partners.

The land which is strategically positioned on Aba road, before Naze junction which was resold to Empire fuel station. A fuel station that poses to be one of the best in the entire South East. The court further said , everything thereof belongs to the original owner. 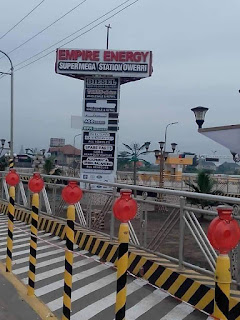