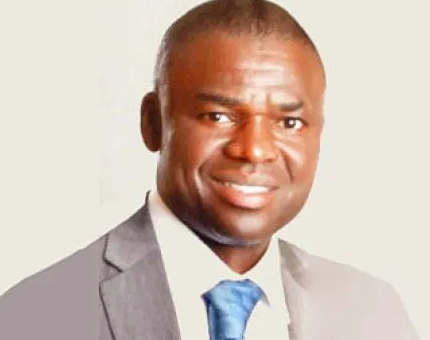 Five suspected hoodlums were on Saturday, December 28th arrested by operatives of Edo State Police Command for allegedly invading the family house of the Deputy Governor of the State, Philip Shaibu.

The house is located in Jattu-Uzairue, Etsako West Local Government Area of the State. It was gathered that a patrol team responded to a distress call from members of the family and swung into action.

According to reports, “one of the thugs scaled the fence and was caught inside the family house of the Deputy Governor.”

The Police eventually arrested five of the thugs, who disclosed that other members of their gang had escaped and are on the run. Some of the items retrieved from the attackers include locally-made gun, cutlass, battle axe, gunpowder, among others.

The police said the suspected thugs have been transferred to the Area Command for onward movement to the State Criminal Investigation Department (SCID), Benin, while efforts are being intensified to arrest others who are on the run.
By Linda Ochagla at Sunday, December 29, 2019