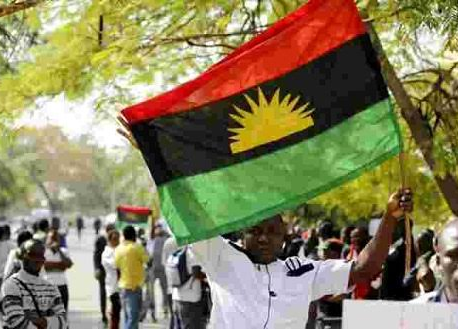 Four people suspected to be members of the banned Indigenous People of Biafra have been arrested in Aba Market by Nigerian soldiers for selling a banned Biafran newspaper.

The men were picked up under the Nigerian Army “Exercise Atilogwu Udo 1’’, now ongoing in the South eastern states and Cross River.

Col. Aliyu Yusuf, Deputy Director, Public Relations of 82 Division of the Nigerian Army said the four vendors were arrested by troops of sector 2 in Abia. He gave the names of the vendors as Sunday Elom, Martins Ogwuchukwu, Chineme Obiechifula and Innocent Mike.

Yusuf did not indicate the name of the newspaper, but he said they have been handed over to the appropriate security agency for further action. Yusuf said the military exercise has nabbed 86 high profile criminals since it began on November.1st.
By Linda Ochagla at Tuesday, December 24, 2019