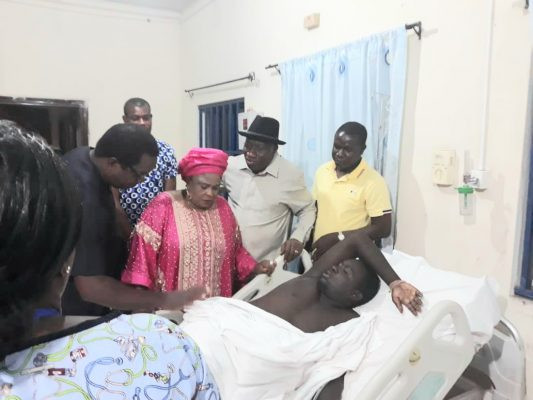 Former President Goodluck Jonathan and his wife Patience on Sunday December 29, visited a soldier who was injured during the gunmen attack at his residence in Otuoke, Bayelsa state.

During the visit at the hospital where Lance Corporal Umar Muttaka was receiving treatment, the former President commended him and other security operatives over the bravery they exhibited during the attack. He stated that they stood firm and fought for the interest and security of the nation. 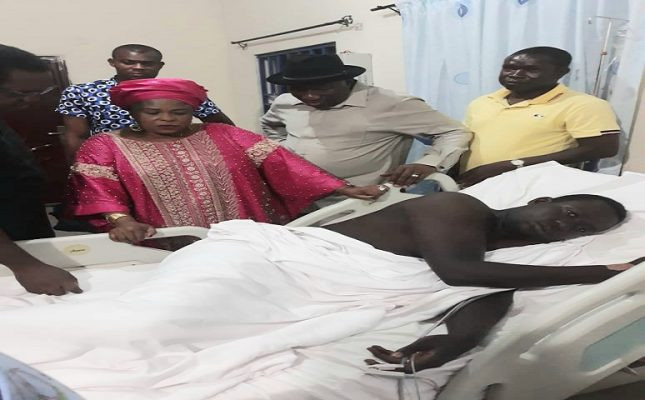 It was gathered that the injured soldier is responding to treatment as security has been beefed up at the residence of the former President, both in Yenagoa and Otuoke since the attack.
By Linda Ochagla at Monday, December 30, 2019