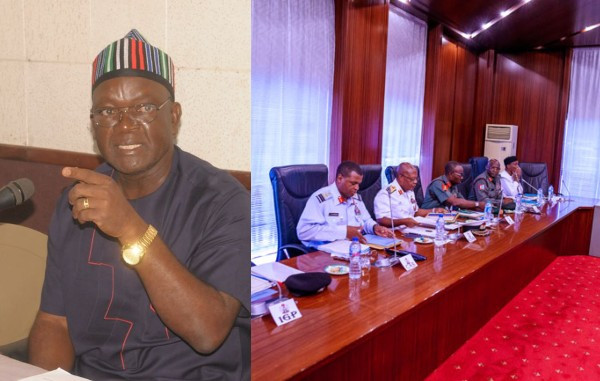 Governor Samuel Ortom of Benue State has appealed to the Federal Government and the military to rescind its decision of withdrawing troops from some parts of the country to allow the police tackle internal insurgency.

Recall LIB reported that Chief of Naval Staff, Vice Admiral Ibok-Ete Ibas who made the announcement said the police will take over from the military in the ongoing internal security operations in various parts of the country in the first quarter of 2020. The plan will take off after an assessment of areas peace has returned to.

Governor Ortom who reacted to the development via a statement released by his Chief Press Secretary Terve Akase, urged President Buhari to extend the life-span of the troops at least by a year. According to the Benue State Governor, this will enable IDPs resettle in their ancestral homes.

“Our position is an appeal to Mr President. He had done Benue well by deploying Operation Whirl Stroke to help tame the menace of herdsmen at the time Benue needed intervention.
“We appeal to the President to extend the life-span of the troops at least by a year to enable our people at the IDPs camps to resettle in their ancestral homes.”