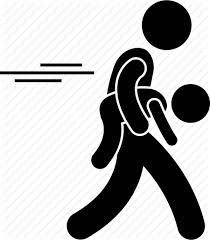 The six year old son of Nengi Talbot, the Bayelsa Commissioner for Water Resources, has been kidnapped by four gunmen who stormed his home on Sunday night December 22nd.

Confirming the incident, the spokesperson of the state police command, Ainim Butswat, said the gunmen stormed Nengi' home at about 10.30pm and whisked his son, Antonio Talbot, away. Butswat said efforts are being made to rescue the boy and also arrest his abductors.

“On 22/12/2019 at about 2230 hours, about four unknown gunmen invaded the residence of the Commissioner for water resources, Hon. Nengi Talbot, at the New Commissioners quarters Opolo, Yenagoa, and abducted his six year old son, one Antonio Talbot to an unknown destination.
“The command has launched a manhunt to rescue the victim and arrest the suspects. Investigation is ongoing” he said