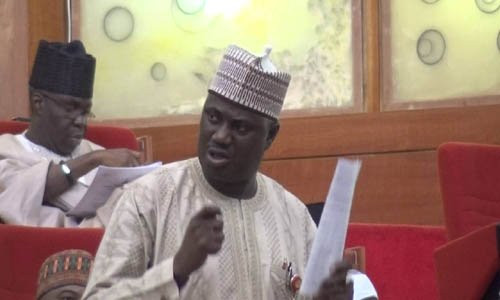 Deputy Chief Whip of the Senate, Senator Aliyu Sabi Abdullahi, says the controversial hate speech bill is currently receiving massive support from Nigerians. The bill since its introduction into the red chambers, has faced stiff opposition from many Nigerians who believe it is a means to gag members of the opposition.

However in a statement released today, Abdullahi who is sponsoring the bill, says it has so far received massive support from Nigerians across the country.

“I can tell you that the bill is receiving strong support from Nigerians across the country. Notable personalities across various professions are beginning to speak out in support of the bill in the media. This is not to leave out some members of the academia that are rallying support for the bill’s passage by the National Assembly.” he said

“Like I have always stated, only those who are against the unity of Nigeria will oppose the bill by hiding under guise of protecting ‘Free Speech’. The Hate Speech Bill targets acts of discrimination and absolutely not Freedom of Speech as those with sinister motives who are opposed to the bill are trying to mislead Nigerians into believing. Before Nigeria is consumed by religious and ethnic violence, we must all rise to save the country from people using hate speech for personal gains.” his statement read