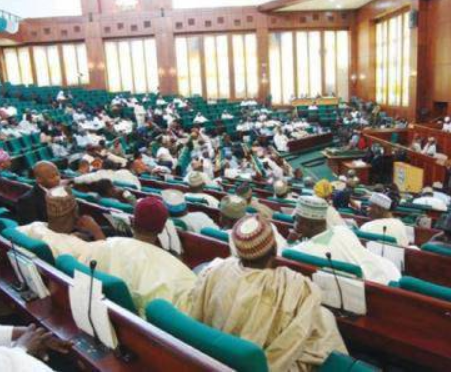 The House of Representatives is deliberating on a bill to restrict former high-ranking officials of the Independent National Electoral Commission from contesting elections in Nigeria.

The bill, if passed into law, will make it impossible for INEC national commissioners and resident electoral commissioners to seek elective positions for five years after retirement.
According to a report by The Nation, the proposal was contained in a bill seeking to amend the Electoral Act sponsored by lawmaker representing Epe Federal Constituency of Lagos State, Olawale Raji.

The legislation has passed first reading already. The bill seeks to amend Section 146 of the Electoral Act by creating a new Subsection 2 that will  read;

“Notwithstanding (1) above, and anything to the contrary in any enactment or law, a person who holds or has held office as a member of the commission appointed by the President by virtue of the Third Schedule, Part 1 (f) of the 1999 Constitution (as amended) and Resident Electoral Commissioner appointed under the Act shall not, until after a period of five years immediately after retirement, resignation or official relief of duties, be qualified for any elective office in Nigeria.”

The REC in charge of Cross River State, Frankland Briyai, on August 8, 2019 resigned his appointment to enable him contest the governorship election in Bayelsa State. He announced his resignation at the state headquarters of INEC in Calabar, telling journalists that he had to resign to heed the call of the people of Bayelsa to contest the November 16 governorship election.

INEC  sacked Briyai the next day, claiming they had yet to receive his resignation letter. In a statement by its National Commissioner and Chairman of  Information and Voter Education Committee, Festus Okoye, INEC  frowned at the use of its premises or facilities for any political purpose, describing the act as unlawful and a contravention of the Code of Conduct subscribed to by all officials of the commission.

The Senator Abdullahi Gumel panel said Briyai’s nomination did not meet the criteria of the party based on Section 3, Paragraph L of the guidelines for the nomination of candidates.

The section says that an aspirant must have been a financial member of the party for a period of not less than one year. Also, the Nigerian Senate on December 4 rejected the nomination of Mr Raheem Muideen as Osun State REC. While being screened by the Senate Committee on INEC, Muideen admitted that he remained a member of the APC.
By Linda Ochagla at Tuesday, December 24, 2019