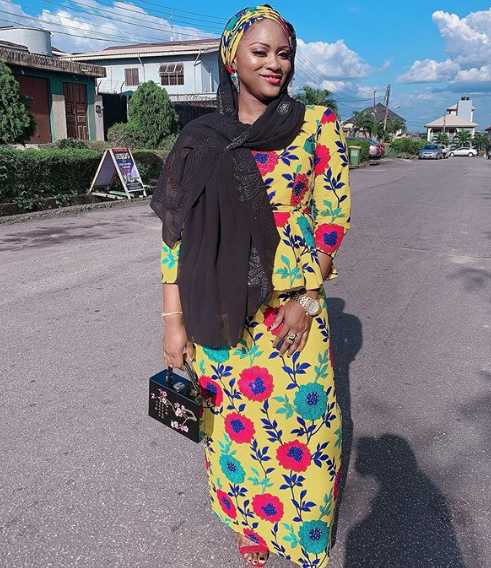 Mariam Odunola a.k.a Omo VC who shared her view on polygamy, revealed that she supports such relationship.

The Nollywood actress in the interview with Nigerian Tribune, disclosed that she doesn't mind being the fourth wife of any man as long as she is happy and there are provisions for such.

Odunola also said she prefers dating married men to single men because she has not been lucky with bachelors.

“Personally, I like married men more than single guys because I have never been lucky with single guys. As it looks, I might end up being second, third or even fourth wife, I don’t mind as long as I am happy.
"Marriage is a delicate topic that I am always cautious to discuss because it cuts across various faiths with personal interests and different kinds of persons involved. ."But as a Muslim, my religion gives room for a man to marry more than one wife with clear explanations that such a man must create balance on the home front."If a man doesn’t have the financial, mental, physical and psychological capacity to marry more than one wife, he is not expected to go into polygamy. ."I however don’t have any issue with polygamy as long as there is adequate care and respect among the parties involved.”