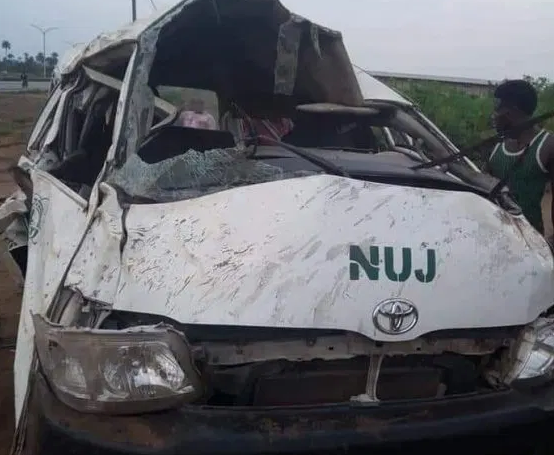 Four Nigerian journalists have been killed in a motor accident on Airport Road, Uyo, the capital city of Akwa Ibom state.

According to reports, the deceased journalists who all worked for the Akwa Ibom Newspaper Corporation, the publishers of Pioneer Newspaper, were heading for a marriage ceremony of one of their colleagues when the accident happened.

A journalist who was also a passenger in the vehicle, Ituk Mbang, survived the accident and is currently receiving medical attention. According to him, the driver of the vehicle who was on speed, lost control of the vehicle while trying to negotiate a bend, causing the bus to somersault.

The remains of the deceased journalists have been deposited in a morgue.
By Linda Ochagla at Friday, December 13, 2019