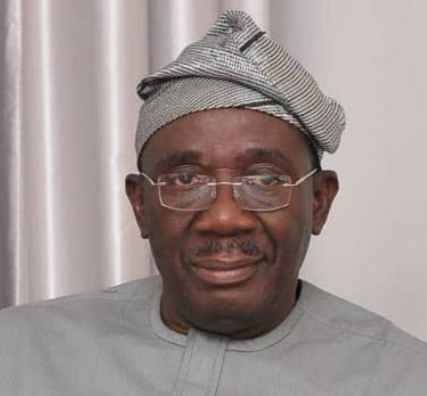 Senator Francis Fadahunsi has made fresh allegations concerning the controversial hate speech bill being considered for passage into law by the National Assembly.

Though the hate speech bill is being sponsored by Senator Aliyu Abdullahi, representing Niger North, Senator Fadahunsi alleged that the minister of information and culture, Lai Muhammed, is the mastermind behind it, Vanguard reports.

Senator Fadahunsi who is representing Osun East at the Red Chamber said the bill was aimed at crippling quality journalism. He called on journalists and media practitioners generally to rise up against the bill and ensure it is not passed into law.

Fadahunsi reiterated that the bill came from the executive, adding that Senator Abdullahi only "front for the bill".

"Senator Sabi Abdullahi only front for the bill, it actually originated from the executive, specifically, Lai Muhammed and the sole motive is just to box the media into a corner, where it would no longer have the vibrancy to question those in public offices.
"Every lover of democracy and rule of law must ensure that the hate speech is crushed no matter how it is introduced and the number of times it resurfaces in the National Assembly,” he added.