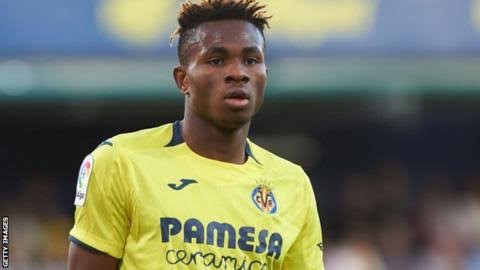 Super Eagles Young player of the year, Samuel Chukwueze could soon leave Villareal to another club, but it sure won't come at a cheap price. 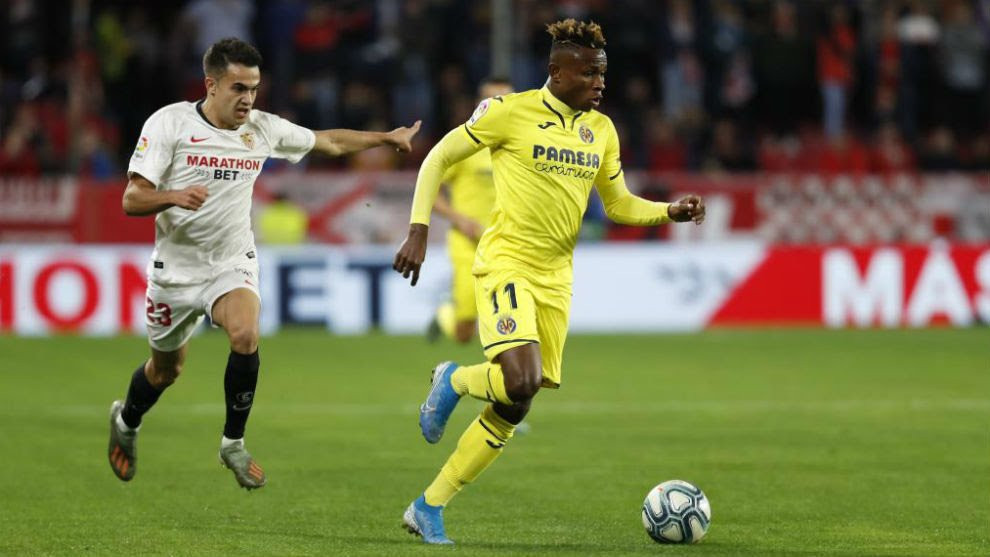 Chukwueze, who has twelve caps for the Super Eagles, after he debuted in a friendly against Uganda has made sixteen appearances for Villarreal this season in La Liga, and scored three goals with two assists, making him a valuable member of the Villareal squad.

Liverpool , Arsenal and Chelsea are reportedly in the market for a creative winger and see Chukwueze as a young winger who could take that roll.
Chelsea's scouting team have highlighted Borussia Dortmund star Jordan Sancho, Villareal's Chukwueze, Wilfried Zaha of Crystal Palace and Leon Bailey of Bayer Leverkusen as potential targets and will do anything to get any of them in January or in the summer.

According to top Spanish sports paper Marca,  Chukwueze's current buyout clause stands at 60 million euros, but Villarreal in new contract talks with the Nigerian want to increase that to 80 million euros (N31.5 billion), a staggering amount considering they signed him from Diamond Academy for 500,000 euros few years ago.
Read the Marca report below.
"The Nigerian has found a rich vein of form since the start of the 2018/19 season, and has appeared as an option for Chelsea as they look to secure their future for an era after both Willian and Pedro have left Stamford Bridge.
"It was initially mooted that Chelsea were looking to bring Jadon Sancho back to England in January, but according to the Telegraph, such a deal would perhaps been too complex to complete at this juncture."

The same report details Chelsea's long-standing interest in Chukwueze, and the Villarreal star is an option to replenish the Blues' forward options."

"He is one of a number of options to solve this problem, particularly in a wide-forward area, alongside Wilfried Zaha and Leon Bailey.
"Moussa Dembele would be one of Lampard's first choices to provide competition for Tammy Abraham in attack, and this looked like a deal that would be quite easy to complete given Rudi Garcia's aversion to using the former Celtic goalscorer since he was appointed."
By Linda Ochagla at Wednesday, December 18, 2019