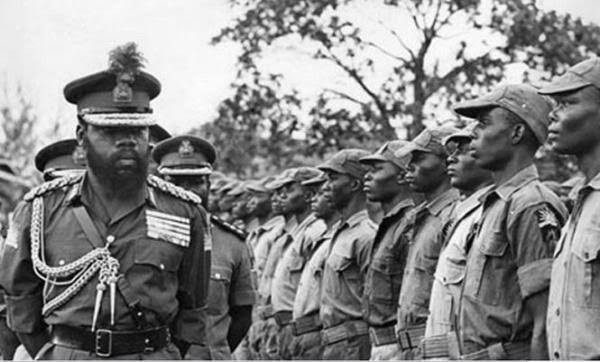 A Nigerian man took to Twitter to share his encounter with an old white lady who is the wife of a Biafran Army General.

@T_HoMegas revealed that the lady he met at a coffee shop in New York said they were among the last people to escape after Biafra fell.

The lady who recounted how people were selling their kids for salt and how they had to move every few weeks to avoid the advancing Nigerian Army, added that her husband who was the Military Administrator of the Midwest for Biafra during the Civil War couldn't escape with them when their escape plane arrived because he was with his girlfriend.

Read his tweets below; 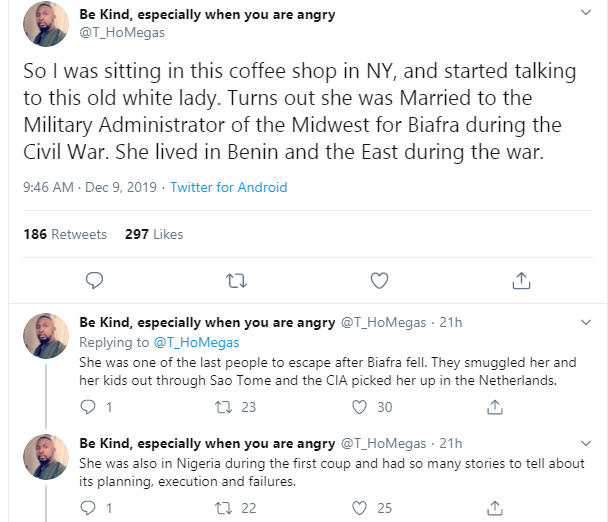 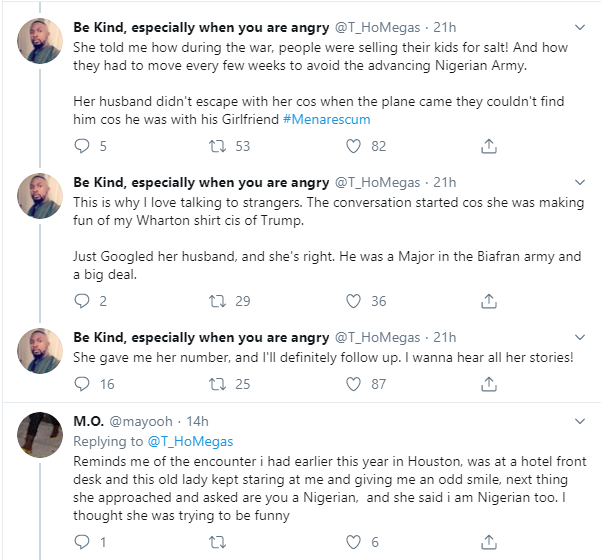 He also confirmed that the name of the Biafran Army General was Major (Dr)Albert Nwazu Okonkwo. 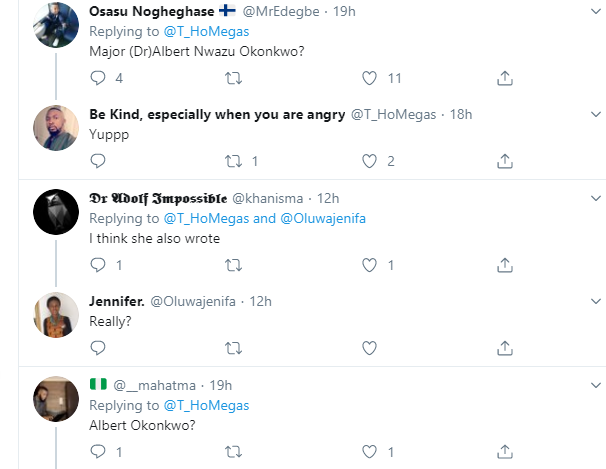