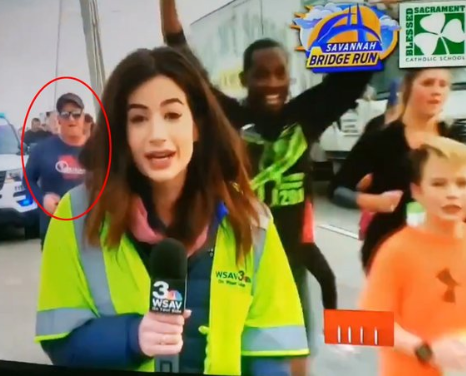 The man who slapped a female reporter's butt on live TV (read here) has been identified and he is a youth pastor and also a Boy Scout leader.

He was exposed by online detectives, thanks to his race number shown in other photos. He has now been banned from future races.

Now that he's been identified and shamed, Callaway says he wants to "correct the situation".

Callaway is a youth group leader at his church, Pittman Park UMC, as well as a Boy Scout leader.

His lawyer, Joseph Turner, called him a "loving husband and father who is very active in his community" and local church, insisting he was "working with those involved to correct the situation."

Turner said in a statement: "While we regret the situation, Mr. Callaway did not act with any criminal intentions."

Speaking on CBS TV’s "This Morning" on Tuesday, December 10, Bozarjian confirmed that Callaway did try to make contact with her to say that his intentions were not to hurt her.

"I’m not going to really debate that — because he did hurt me," she said, adding that the slap had a "heavy impact."

Narrating how the incident unfolded, she said: "He separates himself from the runners, and he kind of winds up. And he hit me hard.

"He helped himself to a part of my body."

She said it left her in "disbelief" and "inundated with some female guilt" because of some of the harsh online comments suggesting she was at fault.

"It’s not OK to help yourself to a woman’s body just because you feel like it. It’s not playful. He hurt me, both physically and emotionally," Bozarjian said.

While Callaway’s lawyer said they "do not expect any criminal charges," Bozarjian said she filed a police report and is leaving it up to officers.

She said: "I think what is most important here is he took my power, and I’m trying to take that back. I want to take my time with that."

Twitter users have condemned Callaway and are questioning what he's teaching the youths under his care. Some have asked that he should not be allowed to guide children. 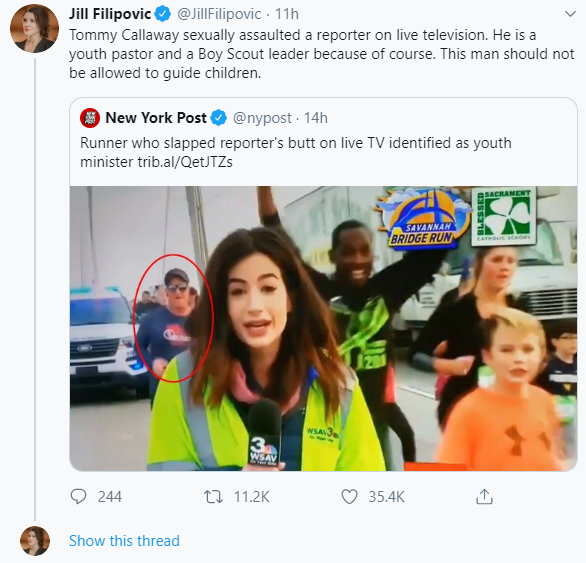