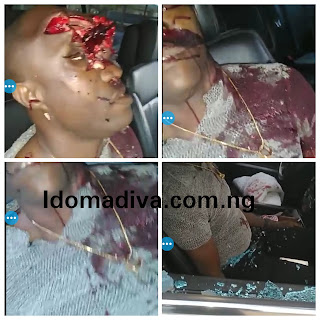 This unspeakable acts happened in the communities along etche - Chokocho road in Rivers State.

This Massive killings on going in those communities pushed the angry youths to set up road block causing heavy traffic jam.

The Commuters are attacked and killed, Police station and several vehicles were burnt and destroyed.

About 15 people have been killed and deposited inside chokocho river. The angry youths were seen with sophisticated weapons exchanging bullets with policemen and soldiers sent to calm down the situation.

More details later on what caused the fight...

Watch Video of some of the incident happening there below: