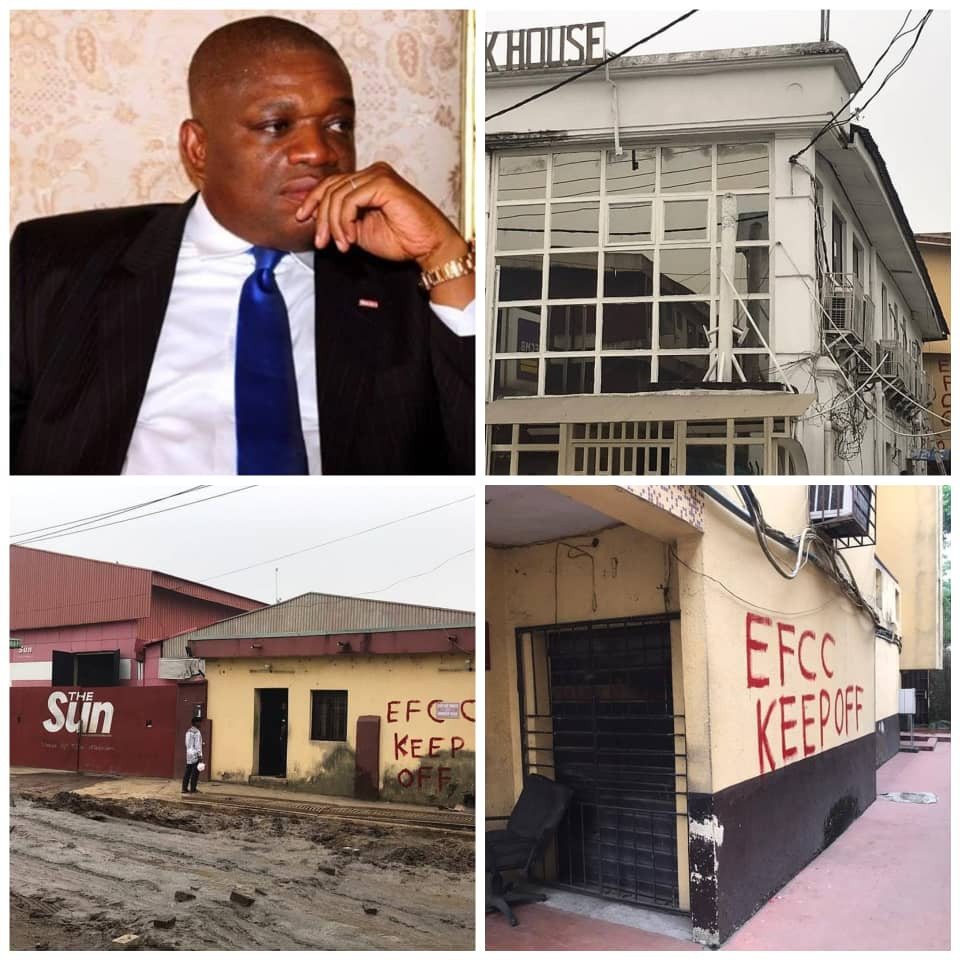 The EFCC, on Saturday, December 14th, marked properties belonging to former Abia State governor, Orji Uzor Kalu. In a statement released, the antigraft agency says the marking is to ensure that the properties are not dissipated, following the December 5th 2019 order of Justice Muhammed Idris sitting at the Federal High Court in Ikoyi, Lagos that Kalu’s company, Slok Nigeria Limited, be wound up and all assets forfeited to the Federal Government. ..
Kalu, who is the Senator representing Abia North in the National Assembly, had been arraigned alongside his company, Slok Nigeria Limited and Udeh Udeogu, his Director of Finance and Accounts at the Abia State Government House, over an amended 39-count  charge bordering on conspiring and diverting the sum of  N7.65bn from the coffers of the state.

He was found by the court on December 5th and sentenced to 12 years imprisonment. The presiding judge had ordered Kalu to forfeit all the properties belonging to his company to the Federal government.
By Linda Ochagla at Sunday, December 15, 2019