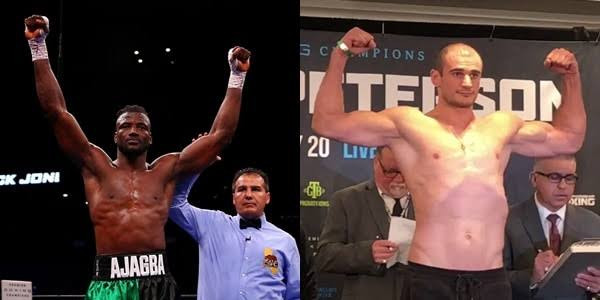 Efe Ajagba, a 2016 Nigerian Olympian now has a 12-fight winning run with 10 knockouts after defeating his opponent Iago Kiladze at the Toyota Arena in Ontario, California on Saturday, December 21.

The Georgian and Ukrainian professional boxer was knocked out twice in the fight; first in the second round and in the fifth round.

Though the 25-year-old Nigerian heavyweight prospect was dropped by 33-year-old Kiladze in the third round, he got it back together and re-took control in round four before dropping Kiladze again in the fifth with a vicious right hand.

Efe Ajagba lands a HUGE right hand that drops Iago Kiladze, but the Georgian gets back up and survives Round 2. #HarrisonCharlo2 pic.twitter.com/OVDmYq87Hb
— FOX Sports: PBC (@PBConFOX) December 22, 2019


Though the stubborn Kiladze refused to stay down, his corner called for a halt to the fight after Ajagba closed in on him again.

The year and rise of the African Prize Fighter Continue's. Efe Ajagba is now 12-0 after getting the TKO vs. Kiladze in Round 5. #PBConFOX #CharloHarrison2 pic.twitter.com/mFZMboHGvA
— 👑i6 (@Kingi6ix) December 22, 2019