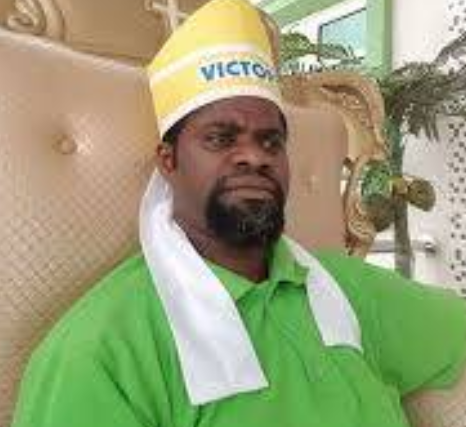 Barely 24 hours after his church, Sotitobire Miracle Centre in Akure, Ondo State, was set ablaze by an angry mob over claims that the corpse of a one-year-old boy, Eniola Kolawole, who went missing on November 10 during a church service, had been dug out from a section of the auditorium, Pastor Alfa Babatunde has dragged the Department of State Services to a Federal High Court sitting in Akure, over his arrest and continued detention by the secret police.

Babatunde in the suit filed by his counsel, Akinyemi Omoware, said his continued detention by the DSS without being charged to court was an abuse and violation of his fundamental human rights.

He noted that he had been arrested for over eight days and had remained in leg chains in DSS custody without food. Joined in the suit filed are the Director-General of the DSS, Yusuf Bichi, Emmanuel Anaobi, Isaac Babalola and Remi Oluwalogbon.

The applicant prayed the court to restrain the five respondents and their agents, servants, subordinates or any person(s) taking instructions from them from engaging in any further act of arrest, detention and violation of his right to liberty and or dignity of human person.

Pastor Babatunde is also asking for N100m for the violation of his fundamental human rights. No date has been fixed for hearing of the suit.
By Linda Ochagla at Friday, December 20, 2019