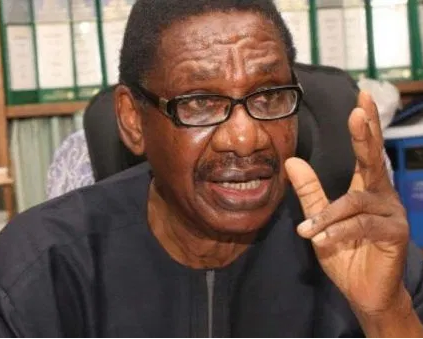 Prof. Itse Sagay, the Chairman, Presidential Advisory Committee Against Corruption said President Buhari’s administration had made a lot of progress in the fight against corruption, but Nigerians are still shamelessly corrupt.

Sagay made the statement while speaking with journalists at the Centenary Anniversary Lecture of the Anglican Church held at All Souls’ Church, Lekki, Lagos.

Sagay, who spoke on the topic, “The Role of The Church in Combating Corruption in Nigeria,” said that looted property worth about a trillion naira had been recovered in the last four years.

“My concern is that Nigerians don’t seem to be sufficiently impacted by the war against corruption. People are still shamelessly corrupt.
“Nigerians behave as if they are not aware that they are even corrupt and pretend to come to church on Sunday,” he said.