No discrimination in fight against corruption – AGF, Abubakar Malami 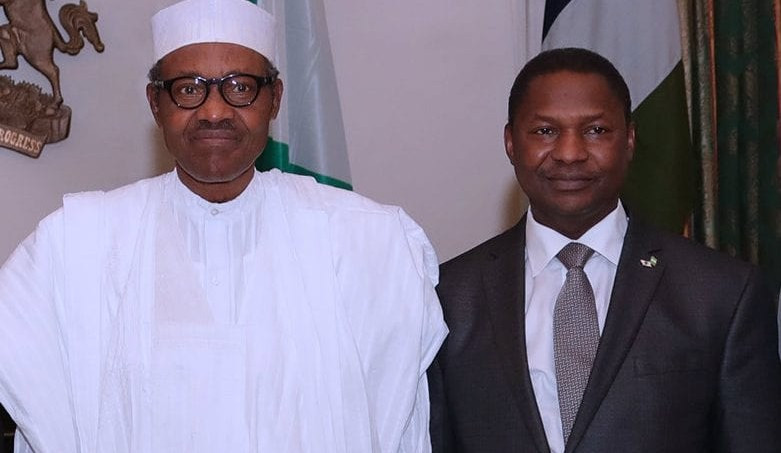 The Minister of Justice and Attorney General of the Federation (AGF), Abubakar Malami has debunked claims of the Buhari-led administration fighting a discriminatory fight against corruption.

Speaking in Abuja on Thursday December 19, Malami said he was impressed with the speedy way the judiciary handled election cases and also paid attention to high-profile cases.

He disclosed that 22 ex-governors are either under probe or on trial following the implementation of the whistle-blowing policy which has led to recovery of stolen assets in Nigeria.

“Our fight against corruption is total, comprehensive and dispassionate devoid of any political or ethnic sentiments or inclination.
“One of the multiple institutions involved in the fight against corruption, the Economic and Financial Crime Commission (EFCC), was able to, from 2015 to September 2019 convict 1, 636 persons involved in corruption related offences.
“It might interest you to note that former state Governors and even serving senators are not spared. Currently, high profile personalities including judicial officers and former governors indicted for corruption have been prosecuted and many sentenced to jail.
“We have three former Governors convicted and serving various jail terms for corruption-related crimes while in office.
“Equally, 22 ex-governors are either under probe or on trial. The Whistle-blowing Policy is also well implemented and has yielded lots of recoveries of stolen assets in Nigeria.”