Obasanjo warns of an impending bankruptcy under Buhari 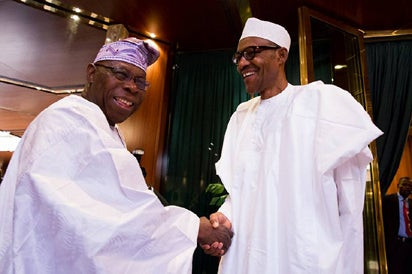 Former President Olusegun Obasanjo has warned of an impending bankruptcy under the Buhari-led administration over its penchant for loans.

Speaking at the first edition of the Nigerian Story organised by the ‘Why I Am Alive’ campaign in Lagos on Friday December 27, Obasanjo warned that things might get worse in the country as 50% of its foreign earnings is allegedly being used to service debts. He added that Nigeria is closer to the prevalent situation in the 70’s and 80’s which plunged it alongside other African countries into unservicable debts.

Though the former President admitted that it might not be totally wrong to take loans to finance growth and development, he however stated that such decisions ought to come with a high degree of discipline, responsibility and foresight.

Pointing out some projects including the Lagos light rail project which seem to have been abandoned after loans were taken to execute them, Obasanjo stated that the Nigerian government is notoriously deficient in serious and adequate discipline and most often lack competence and consistency.

“As at 2015, total external debt was about $10.32billion. In four years, our external debt grew to N24,947 trillion or $81.274 billion. To service this current level of indebtedness, we must commit at least 50 per cent of our foreign earnings, such a situation tells about an impending bankruptcy because no entity can survive while devoting 50 per cent of its revenue to debt servicing.
“In 2018, total debt servicing cost took over 60 per cent of government revenue. As if this is not bad enough, we are currently seeking to add another $29.6 billion loan to our already overburdened debt portfolio.
“Our current budget, out of which we are spending 25 per cent to service debt is not our total earnings, a lot of it is also borrowing. We are borrowing to service what we have borrowed and yet we are borrowing more.”

This is coming after President Buhari submitted a loan request of $29.6bn to the National Assembly. A similar request had been rejected by the 8th Senate under Bukola Saraki.
By Linda Ochagla at Sunday, December 29, 2019