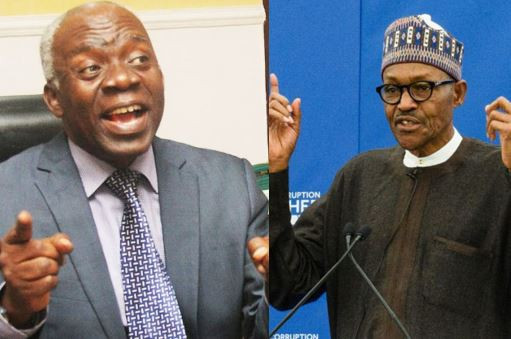 Human rights activist, Femi Falana has urged the Nigerian government to obey court orders the way it obeys those issued by courts in foreign countries.

The Senior Advocate of Nigeria's took a swipe at the Federal Government after the Attorney General Abubakar Malami confirmed on Thursday November 28, that a $200 million bond which was approved by President Buhari was deposited in line with a stay of execution order for a $9.6 billion dollar judgement awarded by a British Court against Nigeria in favour of Process & Industrial Development (P&ID) limited.

Femi Falana who stated that the Buhari-led administration did not give any pre-condition before obeying the court of its “former colonial master” as it does at home, asked that the order for the release of #RevolutionNow convener, Omoyele Sowore be obeyed in same way.

Sowore's counsel who threatened to report the AGF and the prosecutor to the Nigeria Bar Association and the legal practitioners privileges committee for encouraging the State Security Service to treat orders of Nigerian courts with disdain while obeying the orders of British courts, added that he will pursue the contempt proceedings which have been initiated against the director-general of the DSS, Mr. Yusuf Bichi if the AGF fails to obey the Nigerian court order.
By Linda Ochagla at Monday, December 02, 2019