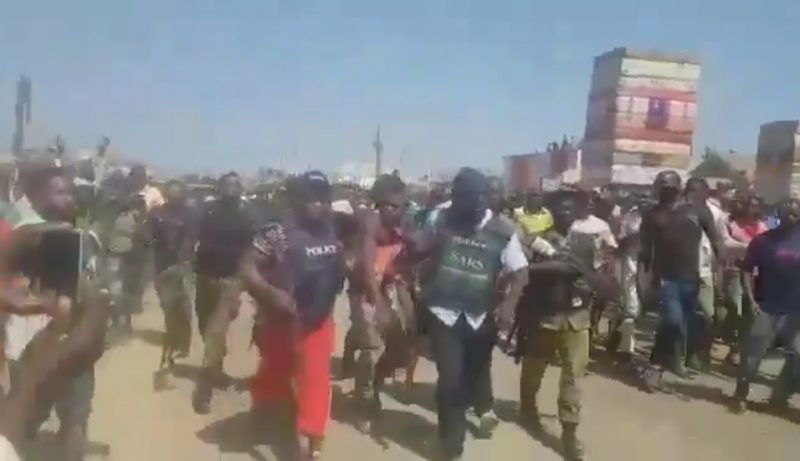 Nigerian police officers stopped a robbery at a Bank branch in Mpape, Abuja this afternoon in collaboration with Nigerian soliders.

The robbers who stormed the bank reportedly surrendered after one their gang members was killed by the security operatives. A staff of the bank who acted as an insider, was arrested alongside three of the robbers. 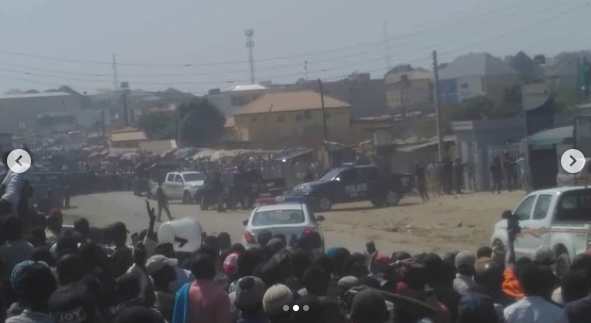 Abuja Police Spokesperson, ASP Mariam Yusuf confirmed the arrest and also told newsmen that normalcy has been restored in the Abuja community.

Here is a video from the scene of the incident below;


One killed, banker and 3 others arrested in foiled Abuja bank robbery
A post shared by Lindaikejiblog (@lindaikejiblogofficial) on Dec 28, 2019 at 7:02am PST