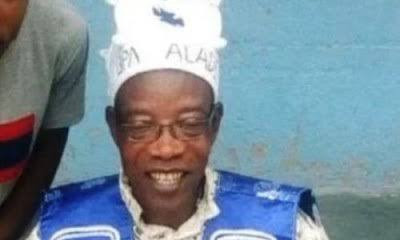 The Pastor who was accused of stealing a goat and 9 turkeys, was first arraigned on 5 count charge bordering on stealing on July 15.

Two turkeys and charms recovered from Opaalade were reportedly presented in court during his trial.

Opalade who was found guilty of three of the five counts, was also given an option of paying N10,000 fine for each of the counts.
By Linda Ochagla at Friday, December 13, 2019