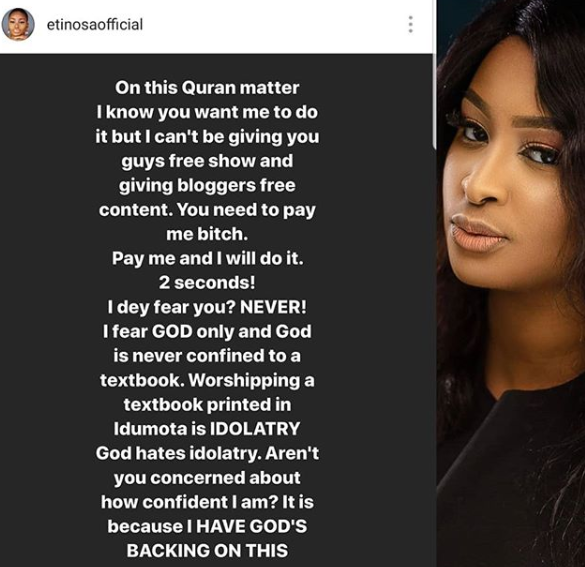 Yesterday, Actress and comedian, Etinosa, threatened to mess up the Quaran just as she did the Bible a few days ago. She posted a video of herself smoking and using the bible as her ashtray. Reacting to some comments that she can never try this with a Quaran, she took to her Instastories on Sunday to say she will do the same to a Quaran if she is given one.

Her comments attracted some Muslims who vowed to deal with her if she dares messes with the Quaran. And she has replied them. This time asking to be paid to defecate the Quran.
By Linda Ochagla at Monday, December 02, 2019