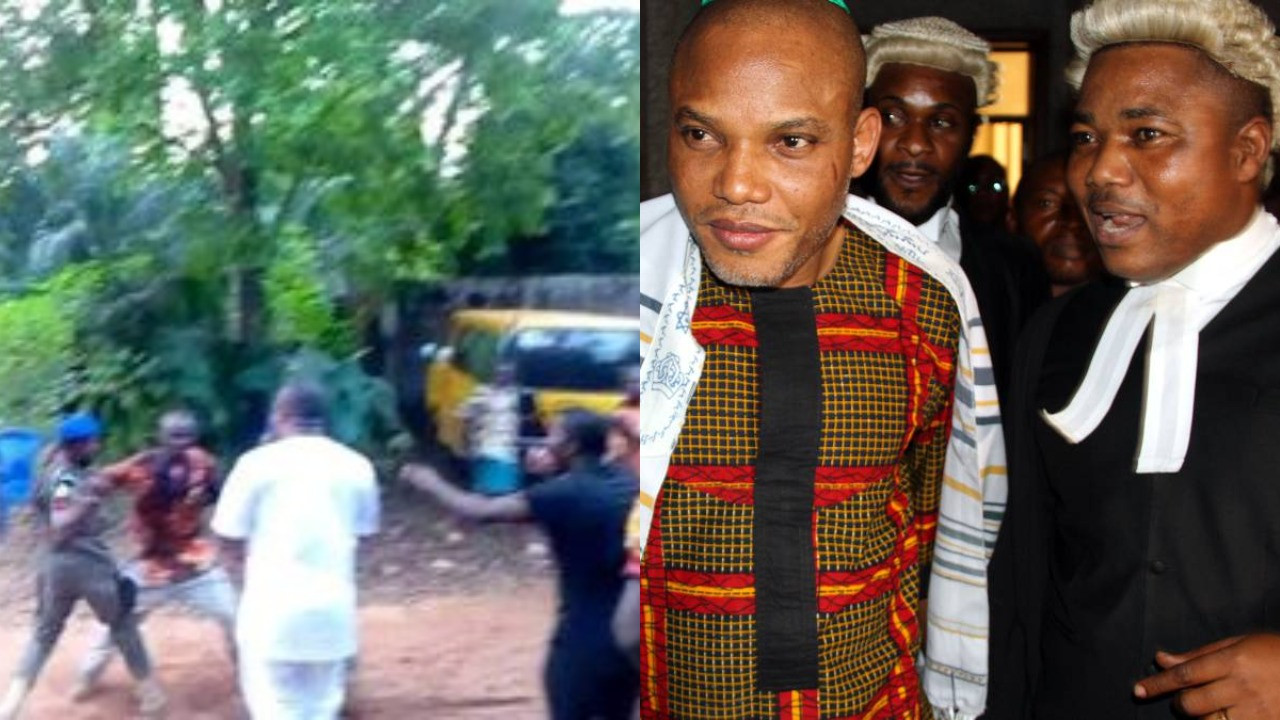 In a statement released by the command's spokesperson Haruna Mohammed, the police alleged that there was a formal complaint against Ifeanyi Ejiofor, a member of the proscribed IPOB in Oraifite on alleged case of abduction, assault occasioning harm and malicious damage to property.

He further disclosed that some IPOB members attacked police officers upon arriving the house and ended up setting ablaze a police patrol van. Mohammed said two police officers were killed in the attack while others received machete cuts.

The statement read in part “On the 2/12/2019 at about 11:30 am, there was a formal complaint against one Barr. Ifeanyi Ejiofor, a member of the proscribed IPOB in Oraifite on alleged case of abduction, assault occasioning harm and malicious damage to property.
“Following the report, police patrol teams, led by the Area Commander, Oraifite, Mr Oliver Abbey, mobilised and rushed to the scene in order to arrest the suspect, who declined police invitation.
“However, as soon as police arrived at the house, armed men, suspected to be IPOB members, descended on the police, set ablaze one patrol vehicle and attacked them with rifles and machetes.”
“Consequently, the command deployed reinforcements from the state headquarters, comprising PMF, Special Anti-Robbery Squad and Special Anti-Cult Units, in conjunction with the army and other sister agencies.
“The area has been cordoned-off in order to fish out the culprits, while joint patrol are still ongoing in the town to prevent further breakdown of law and order,” Mohammed added.

The police spokesperson added that the Commissioner of Police, Mr John Abang who visited the scene vowed to bring the perpetrators of the dastardly act to justice.
By Linda Ochagla at Tuesday, December 03, 2019