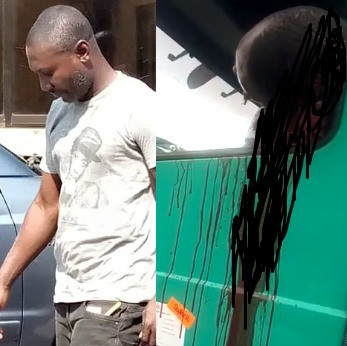 An Akure Magistrate Court has ordered that 37-year-old trigger happy police sergeant  Idowu Omosuyi, pictured left, be remanded at the Olokuta Correctional Service for killing a truck driver, Ade Saleh, who refused to give him N100 bribe.

The public outcry forced the police to investigate the matter and Omoruyi was arrested and charged to court for murder,

Counsel to Omoruyi, Ikujuni Ademola, had asked the court to order that he returns to Police custody but the trial Magistrate, Charity Adeyanju, ordered that the accused police officer be remanded in Olokuta, Correctional service till December 27, 2019, for hearing.