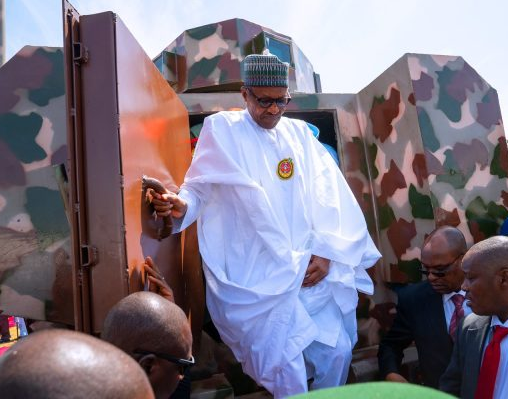 The vehicles were designed to carry out the insertion and extraction of troops, assault, counter-terrorism, and delivery of high firepower and urban warfare.

The vehicles were unveiled during the Chief of Army Staff Annual Conference, holding in Kaduna. Other primary and secondary armaments unveiled at the event included anti-aircraft guns that also carry a crew of twelve commanders, driver, two gunners and eight soldiers.

“These armored vehicles that were produced by DICON are testimonies that the government’s effort is yielding positive results.
It is encouraging to note that, the Nigerian Army as a critical element of National power is involved in innovative and inventive ventures to become an Army to be proud of in the future by all Nigerians. 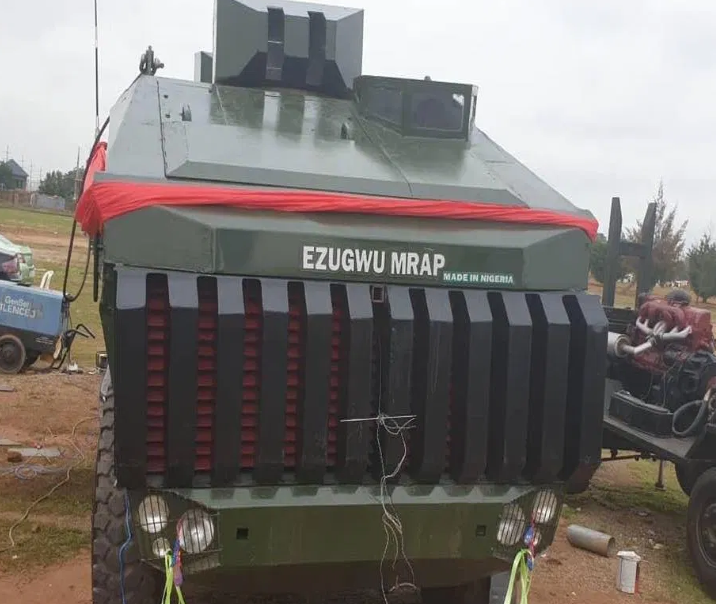 “There is no doubt that a lot has been achieved by the Army since my assumption into office.
Our administration has continued to provide resources for the execution of transformational projects with the aim of modernizing the Army to be better positioned to perform it’s constitutional roles,“ the President said.

“In this regard, it is pertinent to acknowledge the establishment of the Army University, Biu, the Army Resource Center in the Army War College to further boost intellectual capacities in the forces,“ he said.

The President further lauded the Nigerian Army for the establishment of Army Cyber Warfare Command, Fifty Space Command and the Land Forces Segregation Center. He said they were laudable efforts aimed at repositioning the Army to address emerging and future threats to National security.l
By Linda Ochagla at Wednesday, December 04, 2019