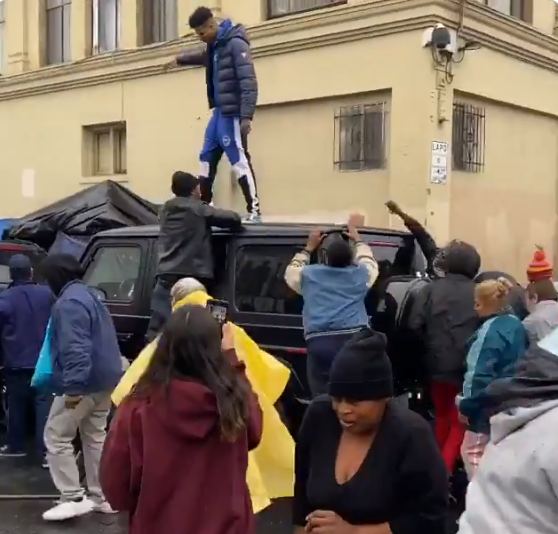 Rapper Blueface has been criticized for his method of giving back to his community.

The rapper travelled to Skid Row in Downtown, Los Angeles to give back to those in need during this holiday season.

In a video shared online, the rapper is seen climbing on the roof of a car from where he proceeds to throw money into the air, while people push and shove each other as they struggle to catch some of the money. 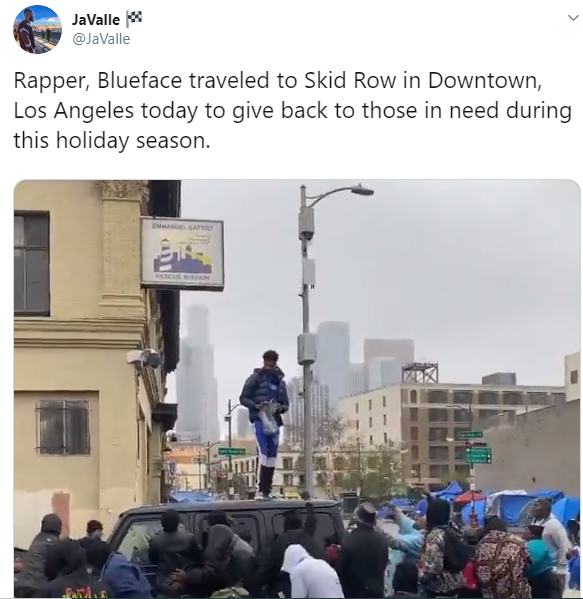 The move has been condemned by a lot of people who say there are better ways to give back. Twitter users opined that his method of giving is disrespectful and dehumanizing and he only succeeded in getting people to fight each other, just to get some of the money. 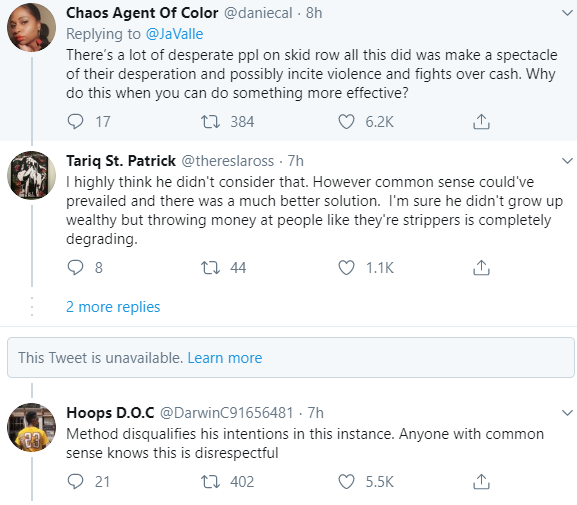 Rapper, Blueface traveled to Skid Row in Downtown, Los Angeles today to give back to those in need during this holiday season. pic.twitter.com/9L37n9aZdM
— JaValle 🏁 (@JaValle) December 23, 2019