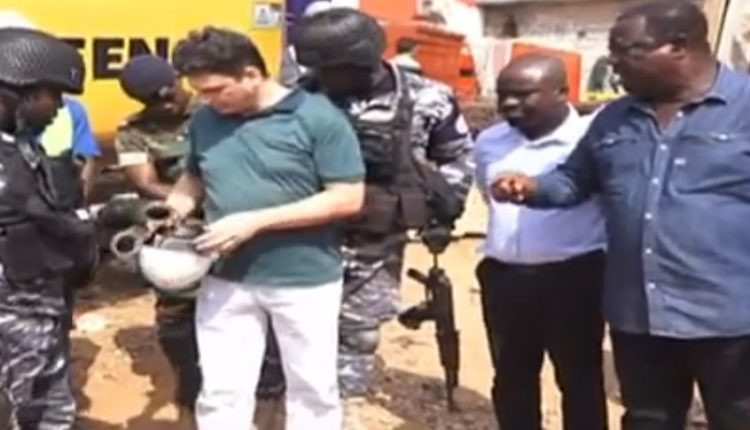 Ghana's Minister for Road and Highways, Kwesi Amoako-Atta has ordered the arrest of three foreign nationals and some workers of a construction firm for destroying portions of a major road to build a 22-storey building.

The contractors were reportedly putting up a fence wall at an unsanctioned location near the Association International School at the Airport Residential Area in the Greater Accra Region, when the visibly angry Minister arrived with some security operatives. 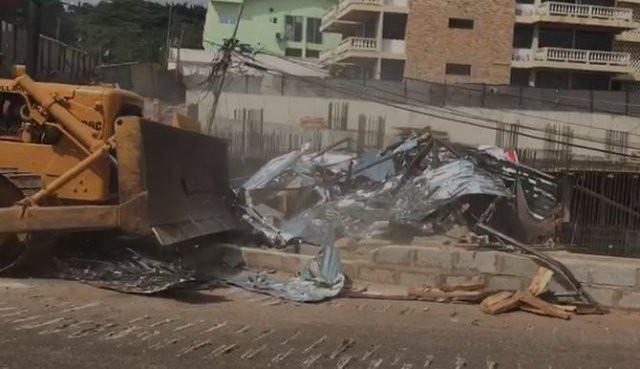 Amoako-Atta also accused the foreigners of supervising the 22 multi-purpose storey building without permit. He called for the prosecution of the Turkish developers in the viral video, stating that it will serve as a deterrent to others who come into the country and destroy state property while inconveniencing citizens in the process. 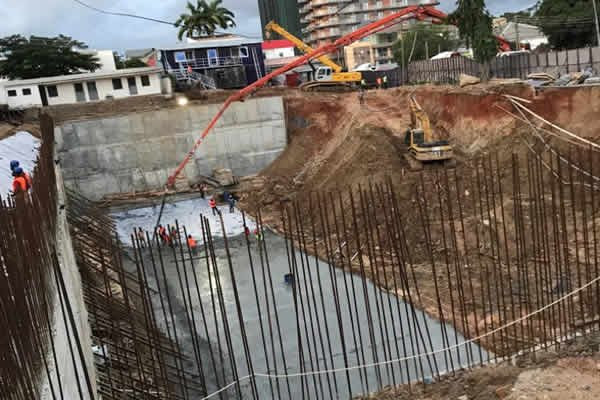 “The contractor and all those working here must be arrested immediately, look at this, and you destroyed the public road, in which country can this be allowed. In your own country can anybody do this? It is madness, the owner of this property is not bigger than this country.
“You enter into the road corridor, creating inconveniences to all those who use this stretch of the road, you have destroyed the road and you think you have the power to do that? You should be arrested and prosecuted…This nonsense will not be allowed in our country. Foreigners come into our country and engage in all kinds of things, you destroy public property
“I am going round and any individual or company that might have encroached on the road corridor and the road reservation, we are going to do same so this is just the beginning, even if it is a building which has entered into the road reservation I will pull it down. Ghanaians who stay outside this country are supposed to be law-abiding in those countries and so we expect the same from any foreigner who comes into our country. All of us who are officials at various sectors must be careful and carry our national pride because it is very painful that some officials allow some foreigners [to take us] for a ride over money or whatever it is”


Minister of Road and Highways, Kwesi Amoako-Atta orders arrest of foreigners who destroyed a road to build a 22 multi-purpose storey building without permit. . He also ordered the demolition of the building
A post shared by Lindaikejiblog (@lindaikejiblogofficial) on Dec 18, 2019 at 12:22pm PST