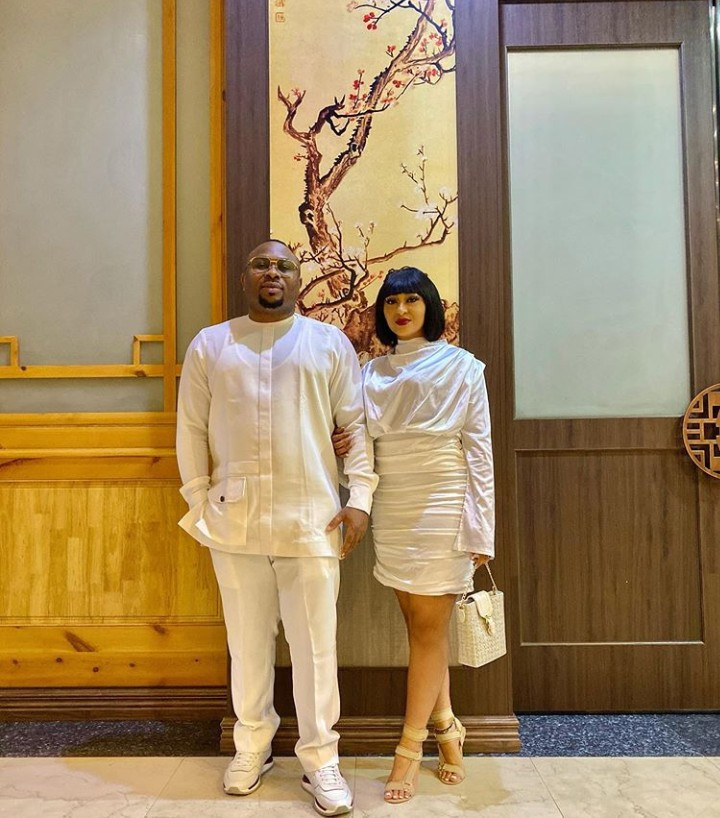 Nollywood actress, Rosy Meurer has shared more photos of her posing with celebrant Olakunle Churchill despite being attacked by Instagram users for her birthday surprise to him which some considered inappropriate.

Early on Churchill's birthday, Rosy shared a video of herself surprising Tonto Dikeh's ex-husband. She also wished him a happy birthday with words that didn't go down well with some people and she was attacked for it.

Recall that when Tonto Dikeh's marriage crashed, fingers pointed at Rosy as one of the reasons why the couple split.

However, months down the line, Churchill began showing off a Caucasian woman as his partner. This reduced the attack on Rosy.

The attacks on her were renewed on December 27 being Churchill's birthday. Rosy dedicated her Instagram account to celebrate Churchill. She released a number of photos and videos of them together and showered him with beautiful words. She even surprised him with a cake and other gifts.

This angered Instagram users and they called her out and brought back old allegations from the time Churchill and Tonto split.

In spite of the backlash, Rosy took to Instagram to share more photos of herself cozying up to Churchill at his birthday dinner. She also coordinated outfits with him.

"Celebrating life #birthdaydinner," the actress captioned a photo of her holding on to Churchill's arm.

Rosy also stood close to Churchill with her hand on his shoulder in another group photo. 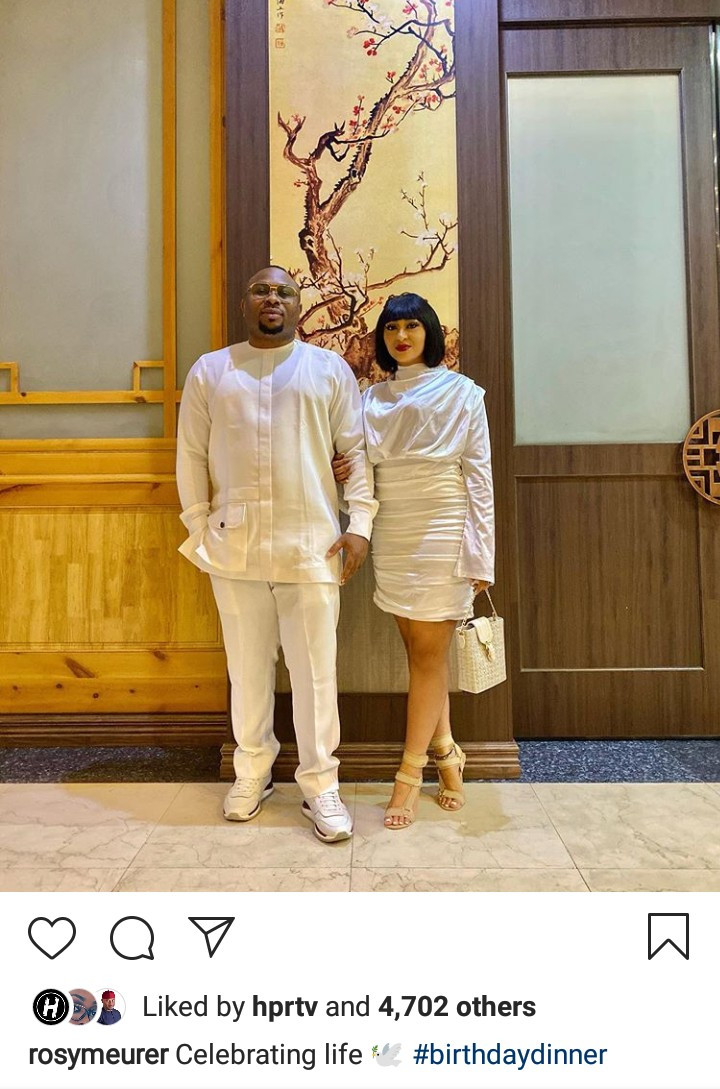 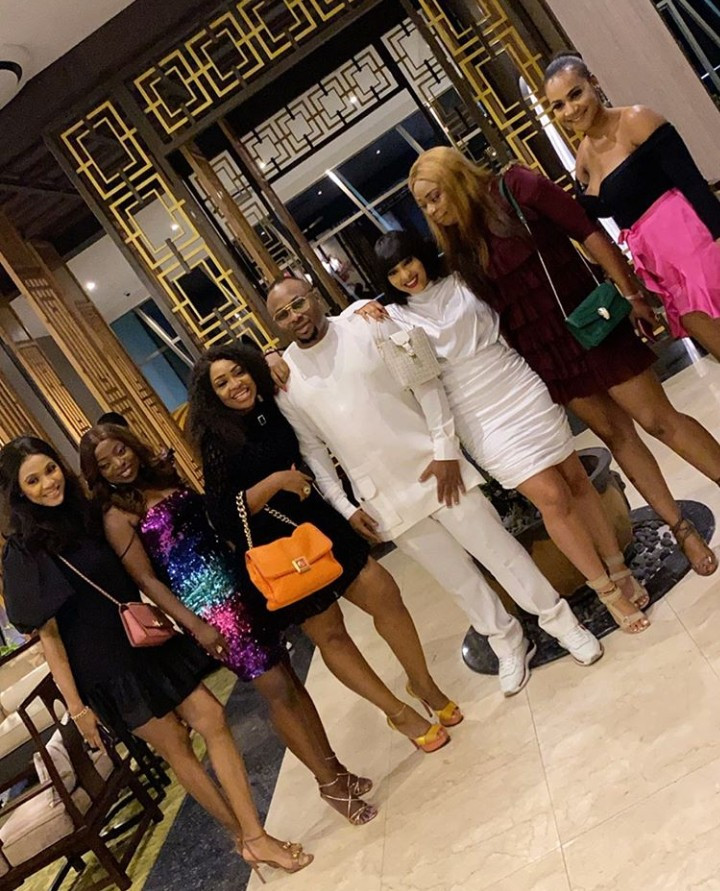