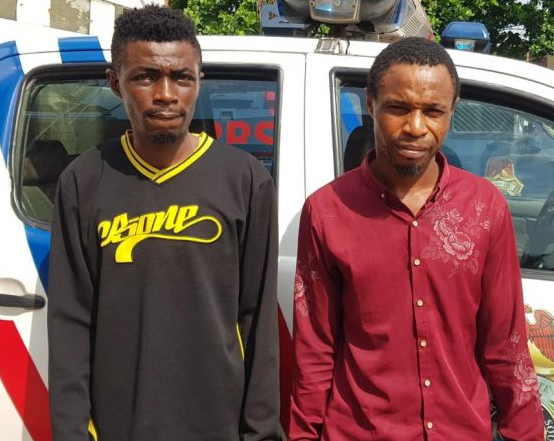 Two suspects who have been posing on social media as models recruiting agents, luring young models to hotels and bars and dispossessing them of money and personal belonging, have been arrested by the operatives of Rapid Response Squad, RRS.

The suspects, Stanley Odachi, 27 and Chuks Oragwu, 31 were arrested recently while they were luring another victim to an hotel in Igando, Alimosho, Lagos.

As at the time of their arrest, about five girls have registered their complaints with the Decoy Team of the RRS that the suspects absconded with their mobile phones and money under the pretext of registering them for modelling jobs.

About four other young models refused to press charges. Two other victims stated that they were having examination in school and could not make formal complaint. All the suspects, who are still in and out of school stated that they encountered the suspects on Instagram through the advertisements on their handles requesting young models to enlist with their agency for modelling contract.

The victims added that they were subsequently asked to report at hotels, where they were made to surrender their mobile phones, which the suspects escaped with.

Commenting on the development, the Commissioner of Police, CP Hakeem Odumosu advised Lagosians to be cautious about the kind of business transactions they engage in on social media, especially with strangers and unconfirmed sources. He added that Lagos would not be a breeding ground for criminals.

The two suspects along with their receiver have been transferred to the State Criminal Investigation Department (SCID) for further investigations and prosecution.
By Linda Ochagla at Monday, December 16, 2019