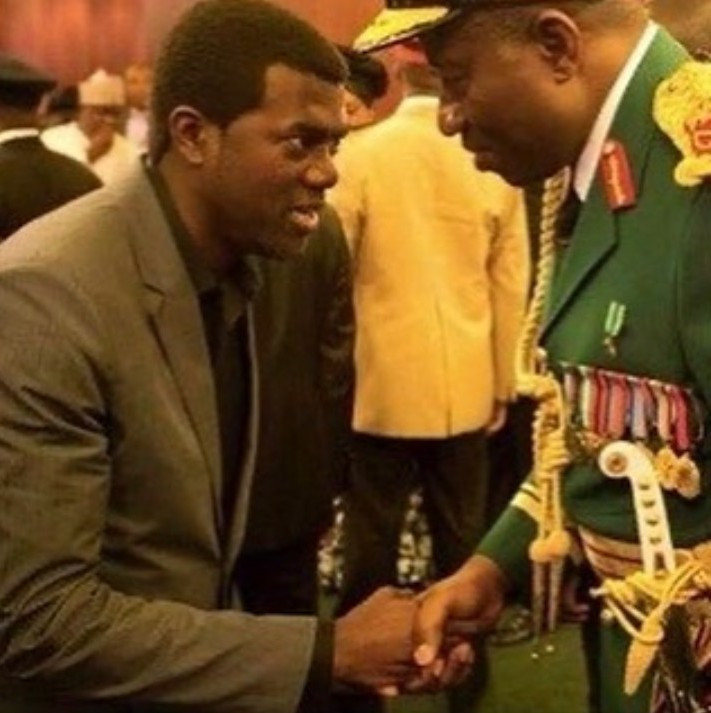 Reno Omokri has responded to Nigerians asking him to react after Omoyele Sowore was allegedly re-arrested by the DSS.

There was chaos today, December 6, at the Federal High Court as operatives of the Department of State Services allegedly tried to rearrest 'Revolution Now' convener Omoyele Sowore and co-defendant Olawale Bakare (read here).

A number of Nigerians reacted to the news (read here), but Reno, who is usually outspoken on such issues, was unusually quiet.

Nigerians asked for his opinion, and he responded: "All these people asking me to talk, what do you expect me to say? You willingly used your own hand to make a snake your king and you are surprised when it is biting everybody? What else do you expect from a snake, than to bite? Enjoy your snake! You are disturbing me to talk.

"When I was talking, the snake charmers were making fun of me. Now one by one, the snake they brought is biting them and poisoning each and every one of them. Now, they are using the same mouth they once used to insult me to ask me to speak. May God give us wisdom is the only thing I will speak now." 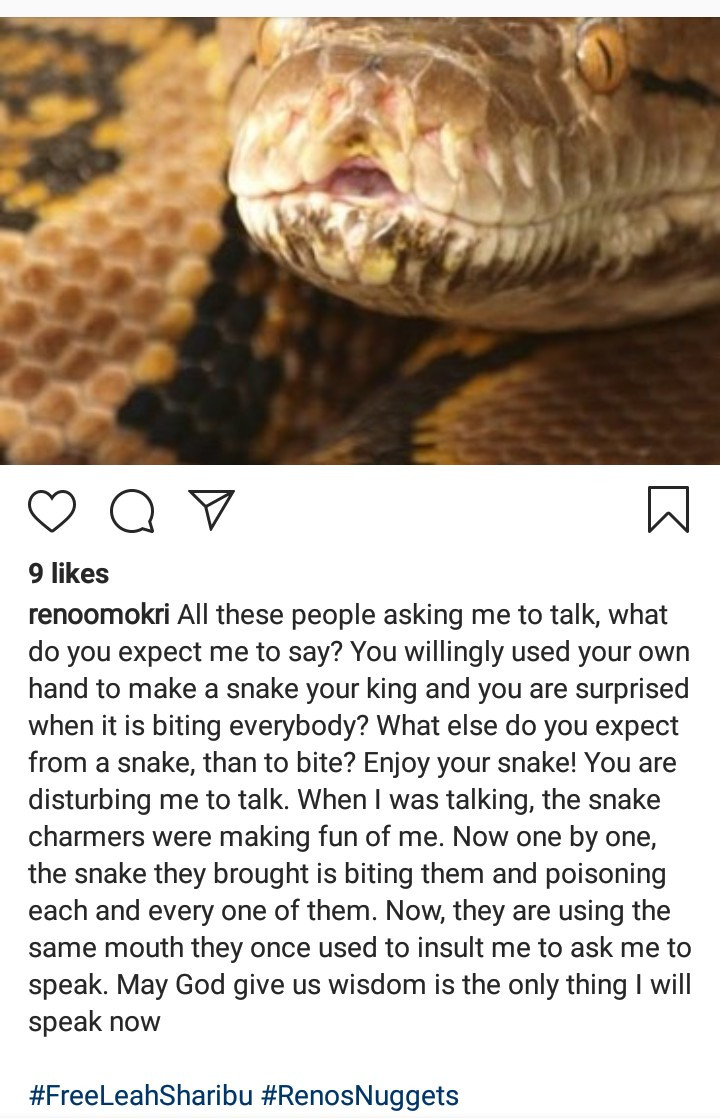 Sharing a photo he took with former President Goodluck Jonathan, he also wrote:

"I am the most abused and insulted president in the world, but when I leave office, you will all remember me for the total freedom you enjoyed under my government." Goodluck Jonathan, 2014.The man that saw tomorrow! 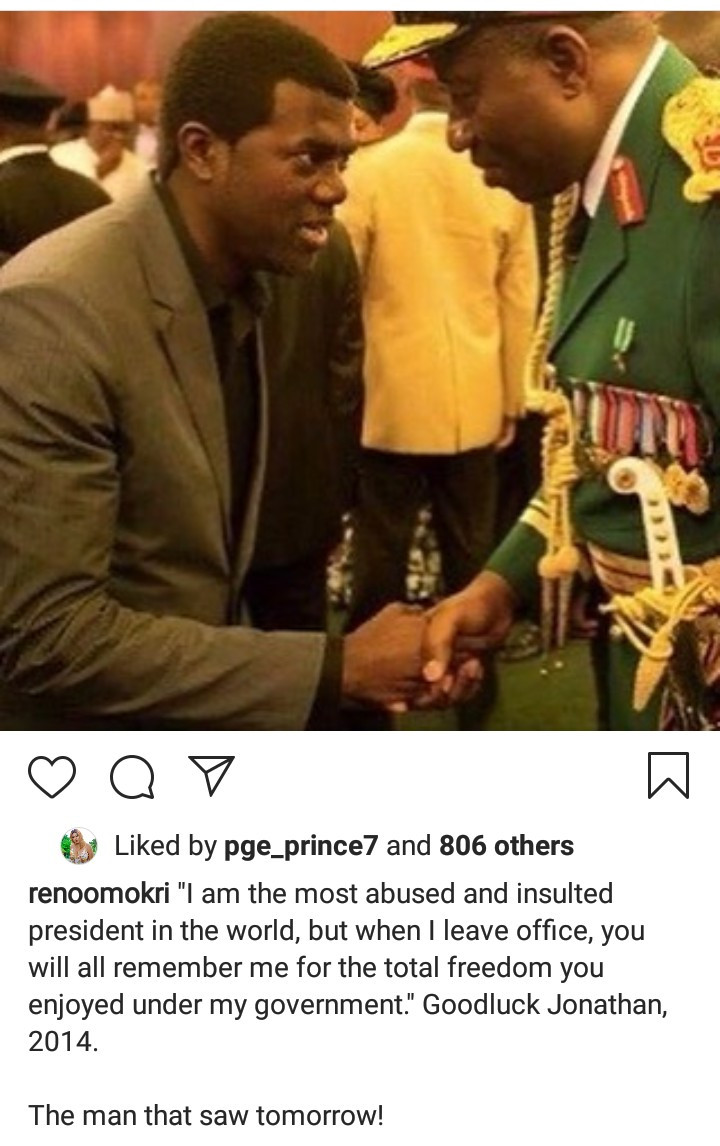