See Sunday Oliseh's reply to a fan who begged him to come coach Nigeria's youth teams as they weren't doing well. 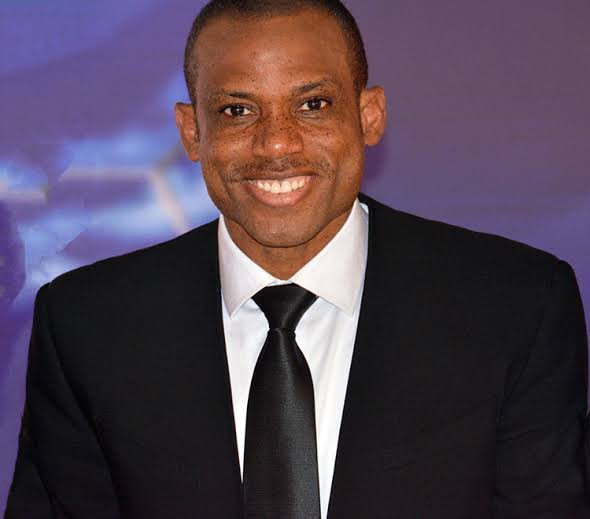 Former Super Eagles coach Sunday Oliseh has replied a fan who begged him on social media to come back and coach Nigeria's youth teams.
Oliseh was among the spectators at the Estadio Ramón Sánchez Pizjuán as Sevilla recorded a 1-0 win over CD Leganes on game week 15 in La Liga on Sunday evening and the former Ajax Amsterdam, Juventus and Borussia Dortmund midfielder watched Nigerian defender Chidozie Awaziem battle it out in defence for Spanish team Legends.

Having watched Awaziem at close quarters, Oliseh posted on Twitter : ''Interesting experience watching Live Sevilla take on Leganes in Spain. Our own Nigerian Chidozie Awaziem is impressive so far,showing so much intelligence & hard play.''

To which a Twitter fan replied, begging him to come and manage Nigeria's youth teams as they were not doing well.
Sunday Oliseh, currently without a job after being sacked by Dutch team Fortuna Sittard in February 2018, replied ;

'Be patient bro, with time our football will be better again.' 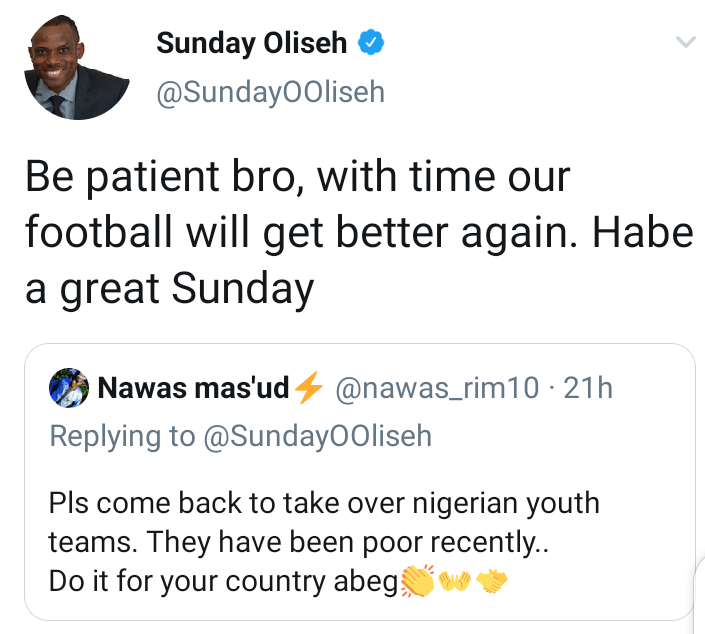