Since coming into office in 2015, President Buhari has never detained a journalist - Presidential aide, Garba Shehu 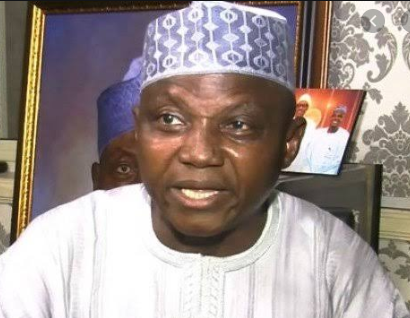 Garba Shehu, the Senior Special Assistant to President Buhari on Media and Publicity, has denied media reports that Omoyele Sowore, the owner of Sahara Reporters and convener of Revolution Now protest, was detained by the Federal government  because he is a journalist.

In a post shared on his Facebook page this afternoon, Shehu said Sowore was detained because he called for a revolution against a democratically elected government.

Garba in his post stated that the Buhari government has since its inception in 2015, not arrested or detained a journalist nor seized copies of newspapers nor shut down a medium of information. Read his post below

The Presidency wishes to clarify the release on bail, of the Presidential Candidate of the African Action Congress in the February 2019 elections, Omoyele Sowore.
Some international news outlets have mistakenly been describing his release as that of a journalist.
For the avoidance of doubt, the Buhari administration has never, since coming into office in 2015, detained a journalist, seized copies of newspapers or shut down a medium of information.
Sowore called for a revolution to overthrow the democratically elected government of Nigeria. He did so on television, and from a privileged position as the owner of a widely read digital newspaper run from the United States of America.
He founded an organisation, Revolution Now, to launch, in their own words, “Days of Rage”, with the publicised purpose of fomenting mass civil unrest and the elected administration’s overthrow. No government will allow anybody to openly call for destabilization in the country and do nothing.
The government believes strictly in observing the rule of law but must safeguard public security and will not allow trouble makers to incite the public and cause a breakdown of law and order.